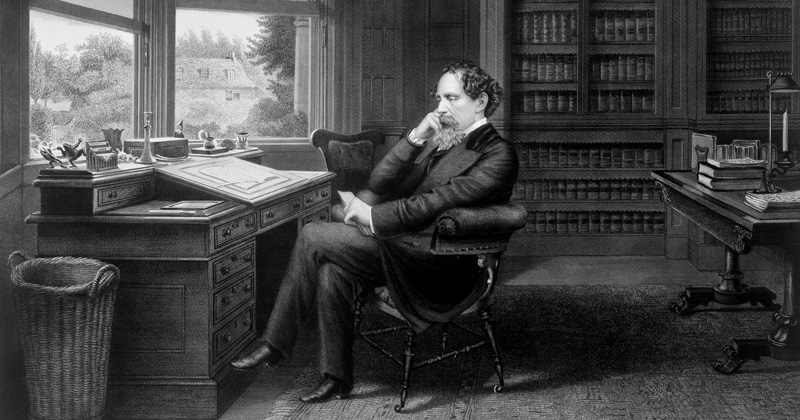 Schools have been visited by the ghosts or Christmas past, present and future this year, writes Laura McInerney. It’s about time they had their happy ending

It was the best of times, it was the worst of times. Oh, who are we kidding? This year has been the political pits and there’s no pretending otherwise. No money, no new ideas, and at the time of writing, no idea how it will all turn out. ‘If you’re in hell, keep going’ has become a useless adage. Life is purgatory these days.

Still, if you read The Department for Education newsreel, then 2019 had loads of reasons for cheer. According to the government’s latest mental health survey, children are “happy with their lives”, and their most recent workforce survey indicates that workload has dropped by 5 hours a week. And there are now more children than ever in good or outstanding schools, according to every ministerial speech this year.

Of course, what these headlines neglect to mention is that a quarter of teenage girls have an emotional disorder; teacher recruitment figures have been missed for the ninth year running, including in primary schools; and the statistics authority has repeatedly begged ministers not to use the ‘more children in good schools’ line because it is misleading. 2019: a good year for headlines, and a lousy one for truth.

A personal highlight of the year was sitting opposite academies minister Lord Agnew at the Festival of Education to grill him on the Schools Week exclusive investigation into ‘cost cutter’ reports – i.e. the dossiers put together by his team of school resource management advisers (SMRAs) who find savings for schools. Their recommendations included cutting lunch portions and replacing experienced teachers with younger, cheaper ones.

Why would anyone think Lord Agnew Dickensian?

Did Agnew really believe scrimping on a few chips would resolve school funding issues? The Lord responded that he was “not a Dickensian character” and that the schools in question really were wasting cash.

Why would anyone think him Dickensian though? What possible connection could Lord Agnew – a billionaire philanthropist, who failed at his fancy boarding school before making a fortune outsourcing low-paid jobs from England to India, then returning to become a Conservative peer and telling children their food portions are too large – have with Dickens characters?

A month later, the ghosts of education past returned to political life, when Dominic Cummings and Michael Gove took top positions in the team of new Prime Minister, Boris Johnson. The Education Secretary also changed, from Damian Hinds to Gavin Williamson, the political equivalent of swapping the actress playing Queen Elizabeth in The Crown; their faces look different, but nothing much else has changed. Insipid and uninspiring seems to be the new default mode for Conservative education secretaries.

And then, it was election time! Arriving with the same speed and surprise that nativities catch out Year 1 teachers, we were all suddenly thrown into a blitz of education debate. Except, that’s about as true as those dodgy outstanding school stats. Our Teacher Tapp poll of 6,000 teachers found that a majority felt Brexit was a more critical voting issue than education, and once every party pledged “some more money” for schools, the whole thing mostly dropped off the election radar.

Nevertheless, Angela Rayner, Labour’s shadow education secretary, was undeterred from throwing out radical ideas – scrap Ofsted, give everyone free breakfast, max class sizes of 30 (including secondary schools), free university for all, bring back the education maintenance allowance, and tax private schools. Their practicality is to be sniffed at, but at least there’s heart in these ideas. The Conservatives, on the other hand, promised £4k per primary pupil (less than half of what a university student costs). That’s about it.

Which brings us to something missing in 2019. The enduring appeal of Dickens is that, in the end, the misery and grief at least lead somewhere heart-warming. In 2020, whoever wins the election would do well to pick a team that has, above all else, passion, empathy and a belief that money does more than get wasted in schools. Politics is the art of the possible. Let’s hope 2020 feels like that.

Laura McInerney is a contributing editor at Schools Week