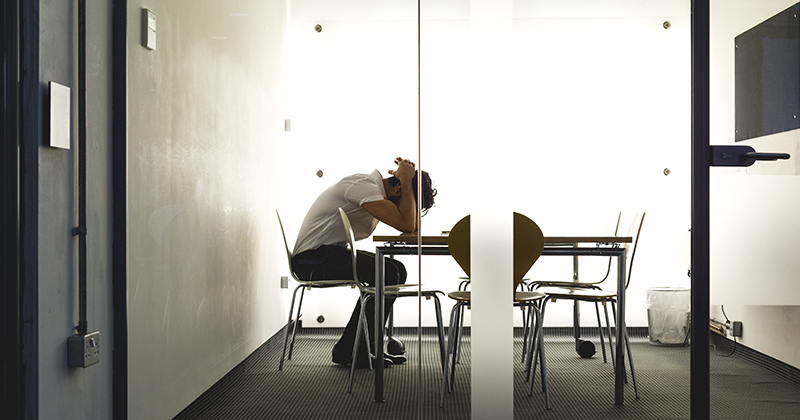 Tens of thousands of students faced more stress this morning as a glitch in UCAS’s system automatically rejected their university offers.

Around 100,000 students have until midnight today (June 10) to make their decisions through the admissions service’s portal.

But as many as one in five received emails from UCAS in the early hours of this morning telling them that their offers were lost.

UCAS tweeted at 8.36am to assure students the issue was an “error” and that their IT team was working “urgently” to fix the issue.

But it was met by a barrage of complaints from anxious students and parents. A-level grades are being awarded through teacher-assessed grades this year, rather than normal exams, owing to multiple lockdowns caused by the Covid-19 pandemic.

Richard Hiding tweeted: “One very stressed daughter, email received at 1am telling her that all her offers were lost. The icing on a very difficult 18 months.”

Another user called Laila said: “This has caused so much stress. It is very unprofessional to post on Twitter without sending an email at least. What if other undergraduate/postgraduate students do not have a Twitter account. My daughter has been unbelievably stressed and is not doing okay since the morning!!!”

Another, Atif, added: “This gave us a near heart attack this morning as we were shocked to seeing all our offers getting auto declined whereas the deadline is midnight of 10th June.”

Sander Kristel, chief operations officer at UCAS, initially told Schools Week that only a “small percentage” of the 100,000 university-hopefuls had been affected, before clarifying this amounted to a fifth (20,000).

“Unfortunately, a small percentage of those due to make their decisions today were automatically declined earlier this morning due to a systems error,” he said.

“This error was fixed by 9.30am and students were then able to access their application to accept their offers in the usual way.

“We have apologised to all affected students and reiterated that our teams are available on the telephone lines and social media to provide support and advice as students make their decisions today.”