One in eight local authority-maintained schools were in deficit in the last financial year, up from less than one in ten the year before.

Local authority school expenditure data, published by the Department for Education today, found the proportion of LA schools in deficit rose to 12 per cent in 2019-20, up from 9.9 per cent the previous year.

The proportion of schools in deficit rose for all types of school except secondary, where it fell slightly from 28.3 to 26.8 per cent.

But there was a much sharper rise in the number of pupil referral units in deficit – from 15.9 per cent to 20.7 per cent. It follows reports about a looming funding crisis for alternative provision.

At the same time, average surpluses have also increased, but not as severely as the average deficits. 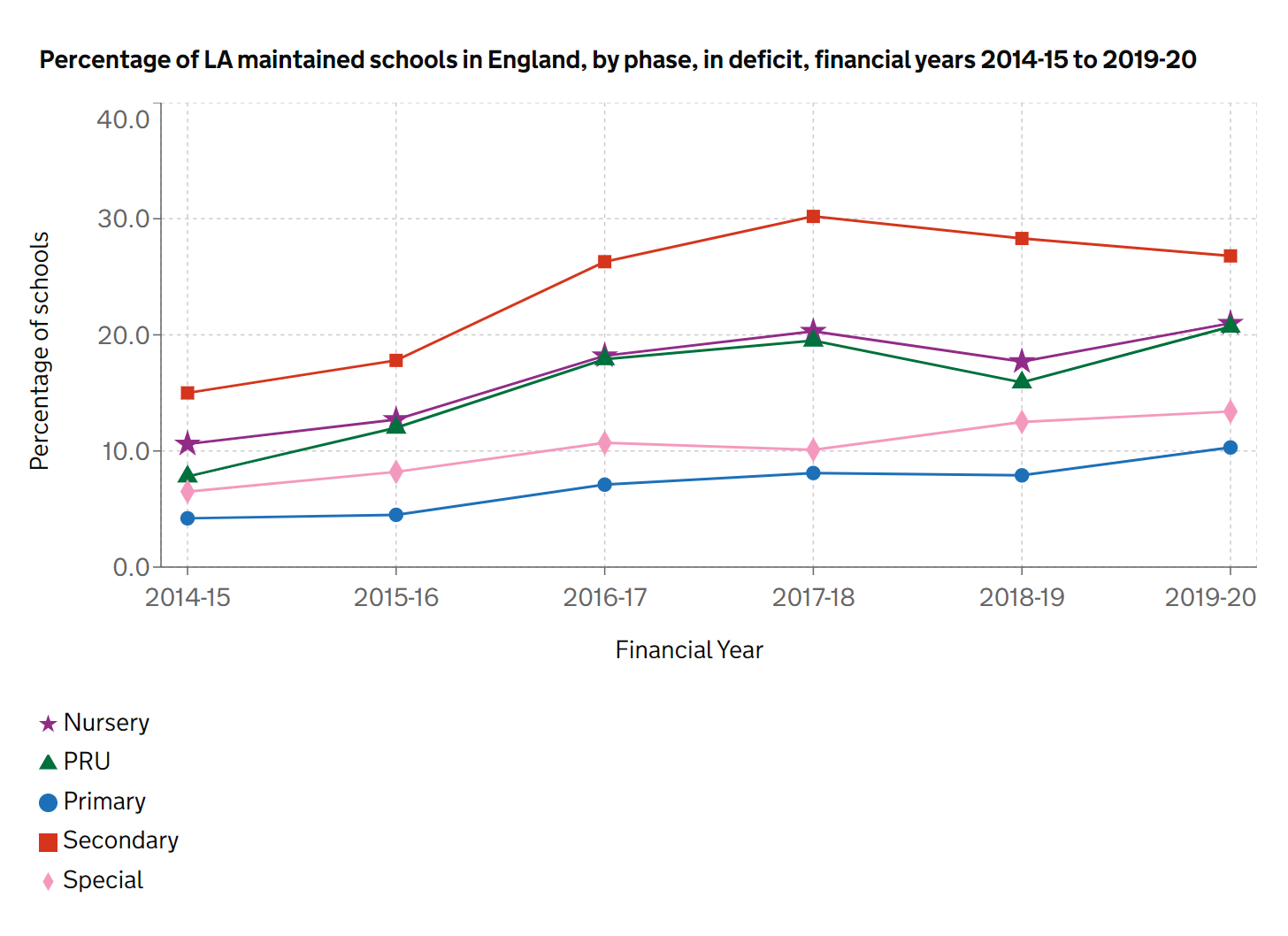 The data also highlights huge variations in the financial health of LA schools across the country, varying from 45.3 per cent of schools in deficit in the London Borough of Havering to 1.3 per cent in Rochdale.