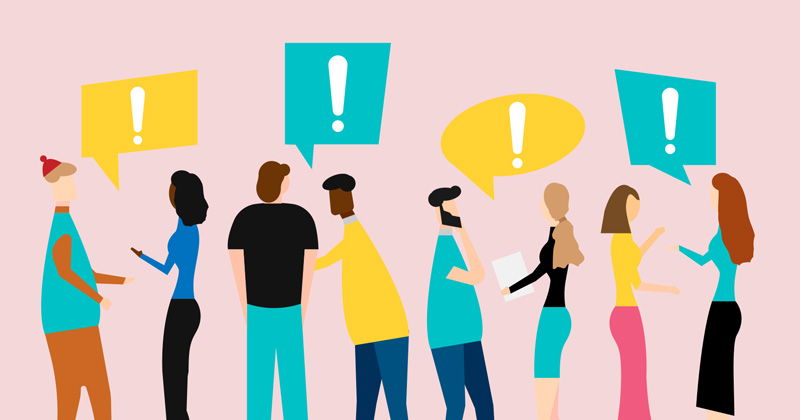 “The correlation between school exclusions and crime is complex”

So much has been written and said about knife crime in recent months, yet so little of it has been from young people themselves, says Lisa Capper

At Nacro we are increasingly concerned that young people – particularly those most at risk – have so little voice in the debate. That’s why we spoke to students in four areas of the country to gather their views and experiences, resulting in our Lives Not Knives report published this week.

The report reveals that all of the students Nacro works with know someone who has been a victim of knife crime, or has carried a knife, that they believe that fear is the main reason people carry knives, and that tougher penalties and longer prison sentences will not deter young people from carrying them. Importantly, their assessment is that political priority should be given to tackling the underlying issues of poverty, lack of opportunity and low aspiration.

With news last week of the huge increase in the number of knife and offensive weapon offences committed by children under 18, rising from 2,671 in 2014 to 4,451 in 2018-19, it is clear that the current approach is failing. A fundamental shift in approach is needed towards prevention and early intervention, and away from hopelessly simplified arguments for deterrence through tougher penalties.

Nacro supports over 30,000 disadvantaged people every year. This includes our work in 14 education and skills centres and through education support in prisons and secure custodial units. We know from our work that no single organisation or agency can tackle knife crime alone. It is critical that we have a co-ordinated, locally responsive, evidence-based approach to tackling it and, as our students have told us, its underlying causes.

For many years, further education has been acting as the education system’s safety net and meeting the needs of many vulnerable and at-risk young people. And for the increasing number of young people who fall out of mainstream education before 16, PRUs and alternative provision step in. Both are underfunded, and markers of a reactive system whose parts too often act in isolation from each other. This simply can’t succeed.

Priority should be given to tackling poverty and low aspiration

And it absolutely isn’t a case of blaming schools or of holding them responsible for knife crime. The correlation between school exclusions and crime of any kind is a complex one. But there is no doubt that exclusion from school increases the risk to those young people, and that earlier intervention could prevent many of the attitudes and actions that lead to exclusion.

We know from our own work at Nacro that by acting at the very earliest opportunity and at key transition points we can support young people to take a different path. We provide education and awareness programmes for young people at risk, which have safeguarding at their core. Our work is valued and effective, but our provision is a drop in an ocean.

We embed in-depth local knowledge into our wider curriculum, and our staff have the training and the time to build trust. It isn’t magic: it’s well-evidenced work and it ought to be widely available to young people across the country.

Nevertheless, no one organisation can solve this alone. Schools, other education providers, police, social care and many other agencies need to come together to take a joined-up approach to prevention and early intervention.

That’s why we are also calling for a “second-chance fund” to provide additional investment into interventions for young people who have been permanently excluded from school or college. With investment in education interventions outside of mainstream education too, the education system can be an instrumental part in reducing knife crime and the causes of knife crime.

Young people we spoke to were clear about fear being the main reason that some carry knives. Our system currently has too many cracks they can fall through, and it’s time we worked together to fill them.

If we only listened to young people, we would find out that they are pointing out exactly where things have gone wrong.