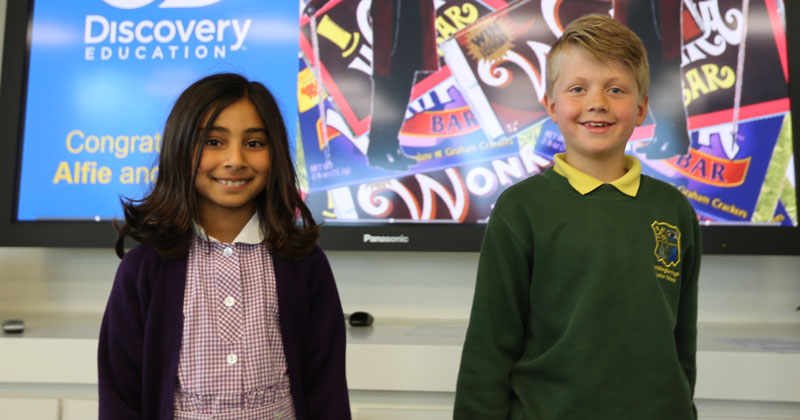 Two pupils who won a national competition to design Willy Wonka-inspired sweets went behind the scenes at the Discovery Channel as part of their prize.

Alfie Richards, 9, a pupil at  Irthlingborough Junior School in Northamptonshire, and Raiya Mann, 7, from Glendower Prep School in west London, won the Sweet Inventions competition, which attracted 2,600 entries from primary pupils across the UK.

The two pupils and their classmates were then invited to go behind the scenes of the TV channel, home of programmes such as MythBusters and Deadliest Catch.

The youngsters learned how programmes are broadcast, tried out continuity announcing and took part in Roald Dahl-themed activities, including decorating sweet wrappers.

The pair’s designs – a regenerating chocolate bar from Alfie and a boiled sweet that makes you change size from Raiya – will also feature in an exhibition at the Roald Dahl Museum and Story Centre in Buckinghamshire later this year.