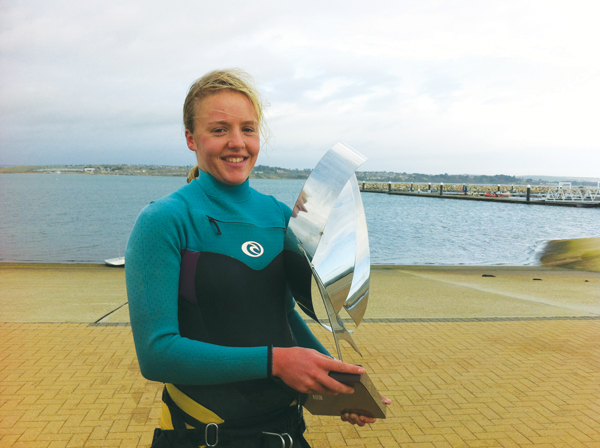 A young windsurfer who won world titles when she was 15 has been named the best young sailor in Britain for 2014 by the Yachting Journalists’ Association (YJA).

Last year Emma won the European under-17 title and then both the under-17 and under-19 world titles in Florida, aged just 15.

“It feels amazing to have won. It’s really nice to be following in the footsteps of the previous winners and, who knows, hopefully I’ll get to go to the Olympics in 2020.”

Shaun Dowling, head of sport at the school’s sponsor, United Learning, said: “Emma epitomises the successful student-athlete. She is committed to her training
and to her studies, giving herself the best chance of success in both domains. We are delighted that her efforts have been rewarded in this way.”