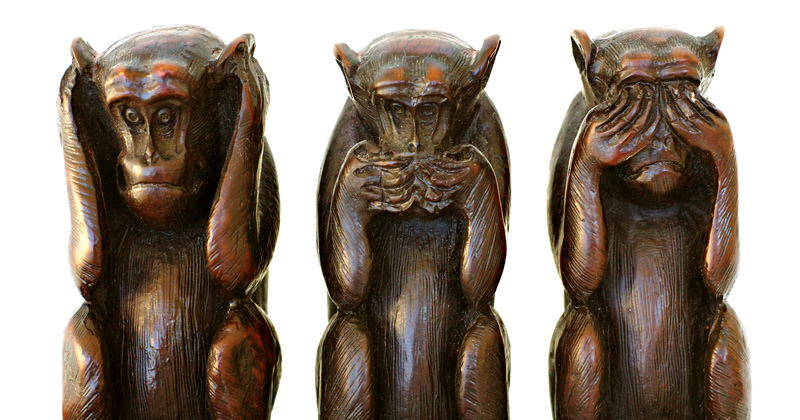 “It's high time we heard Ofsted's opinion on school funding”

If Ofsted is happy to rely on anecdotal evidence for off-rolling and school readiness, why does it refuse to speak out on the school funding crisis, the impacts of which are clear as day, asks Paul Whiteman

Ofsted’s annual report describes a school system that is performing well but is under significant strain. The number of good and outstanding schools is as high as ever, but the challenges we face are also just as familiar.

The most familiar of all is the school funding crisis. It really is high time that we heard Ofsted’s opinion on this critical issue.

As has been widely acknowledged, schools are now expected to do far more than ever before. We’ve seen that the services that schools have relied on in the past have been cut back or have disappeared. We also know that school budgets are at breaking point.

That’s not a sustainable situation to be in. Nobody is well served if we allow it to continue unchecked.

There’s plenty of hard evidence of a school funding crisis

Four fifths of NAHT’s school leaders expect to set a deficit budget next year. The IFS has said that school budgets are 8% down. The National Audit Office recognises that schools have to find £3bn of savings.

There’s plenty of hard evidence of a school funding crisis.

There’s also plenty of anecdotal evidence, too. NAHT’s members constantly talk about the tough choices that they are having to make. Here’s some examples from a recent survey:

‘We are over-stretched and under-staffed whilst being asked to be social workers, medical advisers, physical and emotional therapists, health specialists, counsellors, relationship specialists, housing and benefit advisers.’

‘I have reduced staffing over the last few years. We now have a large number of volunteers to enable us to function without letting children down. We have a deficit budget which we continue to struggle with. Every staff member in my school works very hard often over and above.’

‘My school has made all the cuts it can previously. We are already in a position where this is having a negative impact on our pupils as we reduce activities, cut subscriptions, reduce resources etc.’

‘Particularly struggling with meeting the needs of SEND pupils who have EHCPs and are not funded adequately, yet require a significant level of support in order to access mainstream schooling.’

This real-life experience tells me that Ofsted’s annual report is incomplete without a verdict on whether schools are sufficiently funded for the work they are expected to do.

Where the report touches on school readiness or exclusions and ‘off-rolling’, we have some data which indicates the scale of the problem, but really only guesswork when it comes to the reasons.

NAHT’s research has shown that school readiness is at its highest when families have access to the support services they need and high quality early years education for their children before they make the transition to school. We’re currently seeing the impact of cuts in these areas and a lack of priority attached to early years settings and the people who work in them.

Two thirds of school leaders who contributed to our School Ready report last September said that the roots of this problem lay in a failure to identify and support the additional needs of children early enough, and fewer sources of support available to families.

School leaders don’t find that parents expect schools to do their job for them. Parenting has never been harder. Today the Joseph Rowntree Foundation publishes a report which says 4.1m children live in poverty, and more children than ever before live in families with two working parents and yet are still below the breadline. Some families are in desperate need of more support. Without it, their children will be starting off school at an immediate disadvantage, with uncertain chances of catching up.

We also need to be realistic about the drivers for ‘off-rolling’, which is one of the other big ticket items in this year’s report. Ofsted’s conclusion is that school leaders are looking to divest themselves of troublesome ‘unteachables’ in pursuit of results. There’s no real evidence for this, so we should not allow this to become the go-to conclusion.

The reality is that very few schools would exclude a child and risk them go missing from education, simply to nudge their way up a government league table – teachers and leaders are bigger than that. What we see instead is leaders holding onto children, way beyond what many would say is reasonable, without any support, because they are trying against the odds to protect them.

Schools are reaching the end of the line more rapidly

Our Empty Promises report on SEND funding showed that children with additional needs are being failed by the system because the support services are threadbare and inaccessible. Only 2% of leaders said that the top-up funding they received was sufficient to meet the individual education, health and care plans or statements for pupils with SEND. 70% said that cuts to health and social care budgets were making it harder to support the needs of children with SEND.

The issue is that schools are reaching the end of the line more rapidly because the support that they once relied on, to intervene and manage problems earlier, has been stripped away through austerity cuts. Local authorities are crying out for this funding to be restored, because all too often, young people are at crisis point before they can intervene.

With all this evidence out there, it is surprising to see it unused in Ofsted’s reckoning. The annual report clearly states that schools are being expected to do more and more. If they are happy to publish their verdict on parenting and on exclusions, then they ought to be able to do the same when it comes to funding.