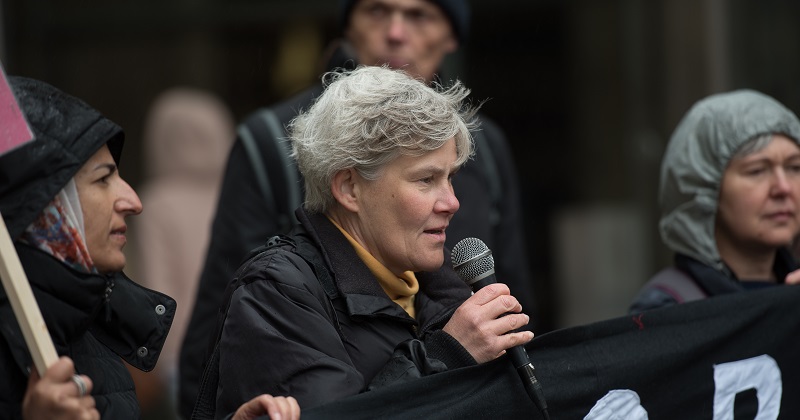 Kate Green has been appointed as the new shadow education secretary.

The news was announced yesterday by Labour leader Sir Keir Starmer’s office, and comes after Rebecca Long-Bailey was sacked on Thursday.

Here is what we know about her.

She was born in Edinburgh in 1960. She is the first shadow education secretary to have been born in Scotland since Michael Gove held the title before the 2010 election.

Green has been an MP since 2010. She was elected to represent Stretford and Urmston, replacing Beverley Hughes, a former children’s minister. She is the fifth MP representing a Greater Manchester constituency to have served as shadow education secretary since 2010, the others being Andy Burnham, Lucy Powell, Angela Rayner and Rebecca Long-Bailey.

Her background is in the charity sector. Green was chief executive of the Child Poverty Action Group before she entered Parliament. Prior to that, she was director of the National Council for One Parent Families.

She chaired Owen Smith’s unsuccessful Labour leadership campaign. The Welsh MP challenged Jeremy Corbyn in 2016 following a mass exodus of front-benchers after the EU referendum. Green was one of the MPs who resigned at the time, leaving her role as shadow women and equalities minister.

She supports the abolition of private schools. According to the Labour Against Private Schools group, Green was the first MP to support the #AbolishEton campaign launched last year. She also hosted an event in Parliament to discuss the initiative.

Green has spoken in favour of Labour’s academies policy, but voted against expansion. In a Commons debate in 2016, Green spoke about how the original academies programme had resulted in a range of different specialist schools in her constituency. However, according to TheyWorkForYou, she has consistently voted against academies and against increasing school autonomy.

She has campaigned for the rights of Gypsy, Roma and Traveller families. She is chair of the all-party parliamentary group for Gypsies and Travellers, and in 2017 expressed concerns about the “significant numbers” of GRT children excluded from schools.