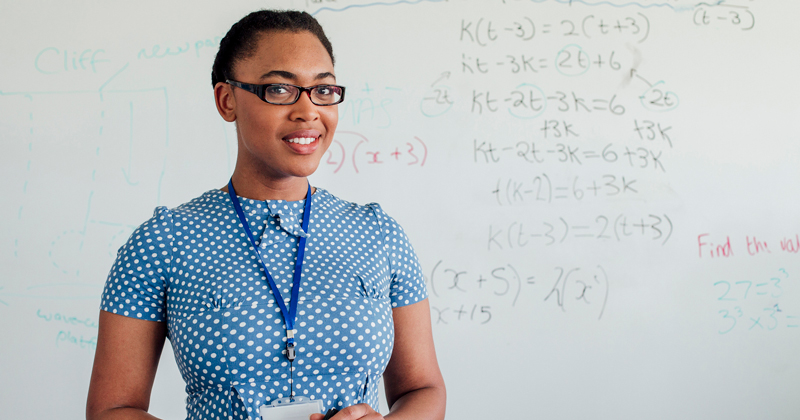 Schools should be given extra cash to appoint newly qualified teachers for short-term stints to cover any staff illnesses next year amid fears a downturn in job vacancies could push new entrants away from the profession.

A report published by the Gatsby Charitable Foundation found there have been more than 5,000 fewer job adverts in secondary schools alone this year as more teachers stay put during the coronavirus pandemic uncertainty.

While this could help disadvantaged schools – who tend to have higher staff turnover – the foundation said it will reduce opportunities for newly qualified teachers, which “risks losing them from the sector permanently”.

Furthermore, the report states “once initial apprehension” over the pandemic has passed – schools could see higher turnover in the Christmas and Easter resignation deadlines.

Jenni French, programme manager at the Gatsby foundation, said those “struggling to find teaching appointments for the coming school term will inevitably include shortage-subject teachers we can ill afford to lose”.

The foundation has called for cash to allow schools to recruit at a “short-term supernumerary basis” for the upcoming academic year.

French added: “This will increase capacity in the system to mitigate likely higher than normal teacher absences in September caused by sickness and social distancing measures.”

The warning comes amid better news for teacher recruitment. UCAS data this week showed the surge in applications to teacher training had continued into June.

Overall recruitment is now eight per cent higher than last year. Jack Worth, school workforce lead at the National Foundation for Educational Research, said: “Economic uncertainty is leading people to pile in to ‘recession-proof’ teaching.”

But there are still concerns over schools pulling out of placements for training providers – causing a bottleneck for new applicants.

Professor Sam Twiselton, director of Sheffield Institute of Education and chair of the DfE’s ITT Core Content Framework advisory group, cautioned schools against “putting off getting trainees” in amid coronavirus difficulties.

She said: “Trainees can be part of the solution in terms of extra staff, small group work, remote follow-up, focused intervention and more.”

The DfE has also acted. The initial roll-out of the early career framework will be extended to another 3,000 new teachers from September.

Up to 2,000 teachers were already due to get extra training and one-to-one mentor sessions in their first two years after qualifying under the early roll-out. This applied only to schools in the north-east, Bradford, Doncaster and Greater Manchester.

But under the expansion announced this week, up to 3,000 teachers working in disadvantaged schools outside of those areas will now be eligible.

Schools get paid £2,200 under the ECF to cover the five per cent of time off-timetable for new teachers in their second year – meaning the expansion will cost up to £6.6 million.

When asked where the money was coming from, the department would only say it will be a mixture of new cash from the Treasury and funds from elsewhere in its budget. It would not provide further details on the latter.

The Gatsby report, based on analysis by Teacher Tapp and SchoolDash, found recruitment activity in English secondary school was down by around 50 to 60 per cent by early April, compared to the same period last year.

The estimated loss of more than 5,000 advertised posts works out at more than one per school on average.

The reduction appears to be caused by a drop in teacher turnover. Fifty-seven per cent of secondary teachers report there is no teacher movement expected in their departments this year, compared to 44 per cent last year.

Analysis found that in the first two weeks of June, not only are there fewer job adverts, these are also less likely to mention that they are suitable for new teachers.

Almost half of the reduction in job advertisements are in the core subjects of science, English and maths.

But the report added that it’s “extremely unlikely that the longstanding shortage of teachers of subjects such as maths and physics will permanently disappear”.

It comes as school workforce census figures for 2019 show fewer teachers are leaving the profession. However, the proportion of those remaining in the profession after five years dropped to 67.4 per cent for those who qualified in 2014, compared with 68 per cent in the previous year.