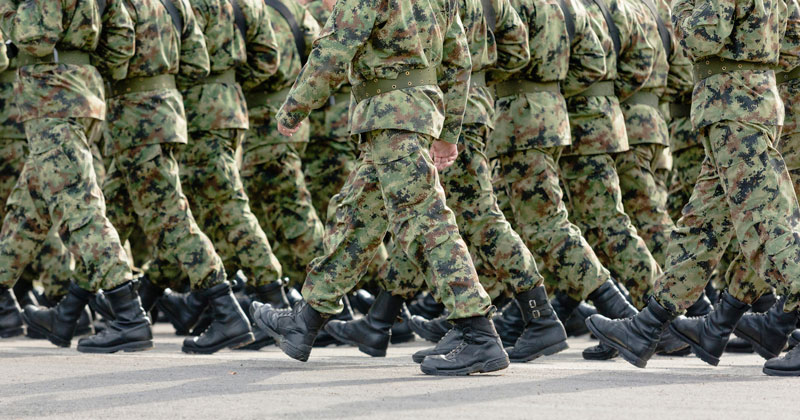 The impact of a £50 million grant to boost the number of school cadet forces cannot be scrutinised because the government will not release details – although there are few signs of the 100 units a year needed to meet the ambitious target.

The Ministry of Defence (MOD) said, despite not being able to tell Schools Week how many schools signed up for cadet units in the past year, it still was “on track” to meet its target of 500 in state schools by 2020.

In his budget last summer, chancellor George Osborne said £50 million – raised through fines levied on banks – would increase military programmes in schools five-fold through the Cadet Expansion Programme (CEP). This time last year, there were units in just 100 schools.

However, this week the Combined Cadet Force (CCF) would not provide figures for the number of units in state schools set up in the past 12 months.

Its website says there are 300 units in schools, but this includes independent schools, which make up the vast majority of units. This time last year, the figure on the website was 275.

Figures released by the MOD in April do show, however, there has been a decrease in the number of cadets overall. There are now just under 42,000 in England, a fall of 1.4 per cent from April 2015.

A spokesperson for Forces Watch, a campaign group scrutinising army recruitment policies, questioned if the demand for more cadet units was actually coming from schools or was being driven by the MOD.

She said: “Is this policy primarily about raising attainment or is it about influencing young people about the benefits of the armed forces?

“This huge amount of money could have been allocated towards educational resources that do not have a military framework and would have far wider appeal.”

According to the minutes from the CCF’s annual general meeting in December, applications for school cadet units will be considered in a six-monthly process that was due to start last month.

To reach its target, about 100 cadet forces would need to be set up in state schools each year.

The CCF’s minutes also state that new units should be set up “in areas where [the] MOD wants to generate interest in careers in the armed forces. MOD is particularly interested in certain types of educational establishment such as those with post-16 provision (including multi-academy trusts)”.

The expansion programme previously received £11 million to increase the number of state school cadet units to 100, as announced by David Cameron in 2012.

This was due to happen by September 2015 and, according to the CCF, that total was met “six months early”.

The time needed for applications to be processed, approved and then set up could be “some months” according to the MOD, which also said it may “take some time” before it can “fully assess the impact” of the £50 million funding.

The MOD said numbers are not “publicly available” and it “does not publish the details of schools with cadet units”.

A spokesperson said: “The government has committed to increase the number of cadet units parading in schools to 500 by 2020. We are on track to meet this target.”