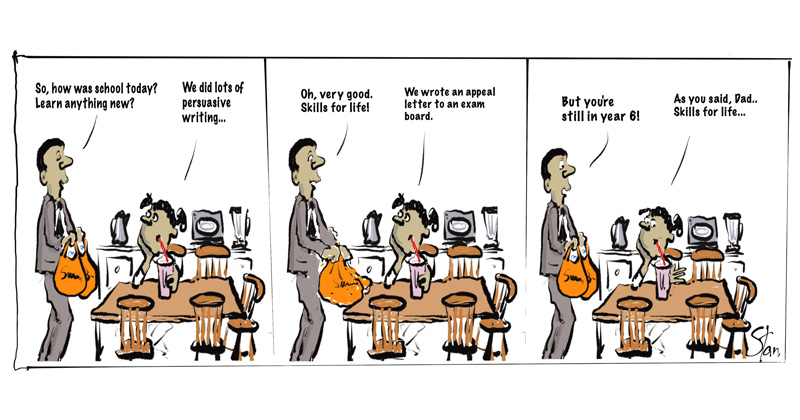 Ofqual has promised new guidance on the rights of pupils to challenge their grades after exam boards rejected plans to let individuals appeal directly.

The exam regulator’s announcement last week that it would lift the restriction on pupils requesting re-marks directly from exam boards was rejected by the four boards that set and mark GCSEs and A-levels.

Government figures show that state school pupils request re-marks at a far lower rate than those in independent schools – with the cost factoring in to decisions for state school leaders.

But Ofqual said this week it would now reissue guidance emphasising an existing duty on exam boards to inform pupils of their right to appeal if a school decides not to request a re-mark on their behalf.

The Joint Council for Qualifications (JCQ) – which represents the exam boards AQA, OCR, Pearson and WJEC – claims it already meets this requirement through its annual written advice to centres. The advice tells schools to have written procedures outlining pupil access to papers, enquiries about results and appeals.

In its general regulations, the JCQ also sets out that candidates “must be made aware of the arrangements for post-results services before they sit any examinations”.

But Andrew Harland, chief executive of the Exams Officers’ Association, told Schools Week that although it was “widespread, integrated practice” for staff to brief pupils on results and appeals, this did not mean every parent and pupil would know their specific rights around challenging schools’ decisions.

Harland said the JCQ’s claim to have met its responsibility by issuing advice was a “constant bone of contention”, adding: “To say ‘we have issued this and ticked the box’, for many places, that’s not how it’s worked. By simply saying that because they have issued that guidance, everybody knows [about appeals], is wrong. A lot of people don’t know. A lot of students won’t know.”

Liam Collins, head of Uplands community college in East Sussex, said he wasn’t aware of the right of pupils to appeal against a school’s decision, although in four years of headship he had never found himself in such a situation.

Collins said his staff aimed to identify problems on results day and request re-marks with the support of parents, or, if pupils were too far from a grade boundary to justify a re-mark, offer parents the chance to pay for it themselves.

“I have never come across a situation where we haven’t been able to explain to a parent that it would be fruitless to request a re-mark because of the grade boundaries,” he said.

Ros McMullen, who was a head for 15 years, most recently at the top of the LEAF Academy Trust in Yorkshire, said she had never known a pupil and teacher at-odds over whether an exam should be re-marked, but said schools were likely to choose “the hassle of a re-mark over the hassle of an appeal”.

“What worries me is that there is so little trust in the system that pupils are being prepared for the appeals process before they have even taken the exams. There are bound to be some mistakes, but to have a situation where we’re highlighting this to kids beforehand is really, really sad.”

The proposed change to Ofqual’s code of practice is part of a raft of measures announced by the regulator last year and comes after a consultation on the plans held earlier this year.

Julie Swan, Ofqual’s executive director for general qualifications, said the watchdog was committed to publishing “clear information on review and appeal arrangements” once the current code was withdrawn. This would include “clarifying the obligations on exam boards and on schools and colleges”, she said.