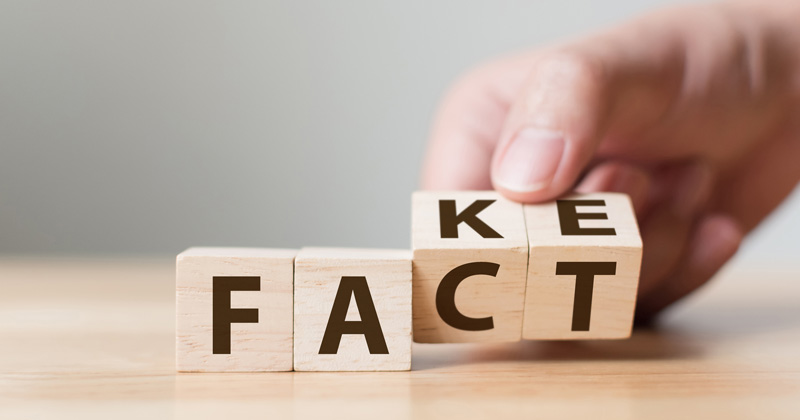 “How do we help children sort fact from fiction?”

There’s been lots of talk about the need for children to identify fake news, but what resources are available? Asha Carpenter brings us up-to-date

Research conducted by the Reuters Institute last year showed that there are clear distinctions in how people of different ages access news. Older generations are more likely to access it via TV, radio and printed newspapers whereas younger people use digital and social media. Ofcom found that more than half (56%) of children in the UK aged between 12-15 used social media such as Facebook or Twitter to access news in 2017.

Since social media is not regulated in the same way as traditional news media, anyone can convey information with little fact-checking, meaning young people are at greater risk from inaccurate reporting. So how do we help children to sort the fact from the fiction?

The NLT also wanted to test children’s abilities to spot fake news by asking them to participate in a quiz consisting of six news stories, four real and two fake. Only 3.1% of primary school pupils and 0.6% of secondary school pupils were able to correctly identify all six of the news stories as either real or fake. These findings suggest that children’s apparent awareness of fake news does not necessarily match their ability to identify it.

Teaching comprehension at primary school can provide a foundation for developing critical literacy at later stages in the education system. Skills in critical literacy feature in the curriculum to a greater degree at secondary school. There are requirements at key stage 3 for pupils to be able to read critically and as part of the English curriculum at key stage 4 children are taught to distinguish “between statements that are supported by evidence and those that are not” and identify “bias and misuse of evidence”.

The Growing up with the Internet report produced by the House of Lords select committee on communications in 2017 recommends that “digital literacy should be the fourth pillar of a child’s education alongside reading, writing and mathematics”. The report suggests that personal, social, health and economic education become a statutory subject that would be inspected by Ofsted, to help children develop critical thinking and understand “the veracity of online information”.

Showing children how fake news is produced and the reasons behind the inaccurate reporting could also help them become more news literate. The Guardian Foundation has partnered with the NLT and the PHSE Association on a news literacy programme for primary school children. News Wise began in September this year, with Google funding the first year of the programme. This could perhaps help to identify how news literacy could be built into the national curriculum more formally. The BBC has also developed a game for young people aged 11 to 18, which allows them to experience being a journalist and challenges them to identify fake news.

Children process information from a vast array of sources, more than ever before. With this, perhaps, comes a greater need for children and young people to develop critical literacy skills to enable them to interpret the media correctly. The responsibility to enable children to develop these skills must be shared between policy makers, media organisations, teachers and parents, as well as children and young people themselves. These stakeholders could be supported by resources such as those offered by News Wise, the BBC and the NLT.