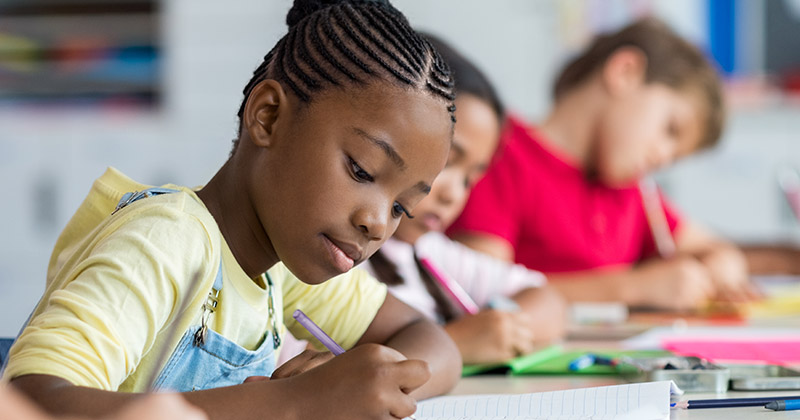 “Considering the recent case, schools should be mindful of their approaches to hair styles”

No new precedent has been set in the recent hair discrimination case, writes Esther Maxwell, but our culture is evolving and schools should take note

Ten days ago, after a three-year legal battle backed by the Equality and Human Rights Commission, 18-year-old Ruby Williams was awarded an out-of-court settlement of £8,500 after her family took legal action against The Urswick School in East London, claiming she had been discriminated against on the basis of her race.

This case highlights the need for schools and colleges to be aware of the often-inadvertent effect of unilaterally enforcing a uniform policy. In this case, the policy meant that Ruby was sent home for letting her afro hair grow naturally. Recent years have seen the natural hair movement highlight the societal issues around natural afro hairstyles, and Ruby’s case emphasises the need for schools and colleges to adapt their policies and practices accordingly.

Currently, UK law protects individuals against discrimination on the grounds of the nine ‘protected characteristics’ under the Equality Act 2010. These include characteristics such as race, age, religion and sexual orientation. But such cases were already making the news beforehand. As early as September 2009, an 11-year-old boy was refused entry to St Gregory’s Catholic Science College in Kenton  because his hairstyle, which was in cornrows, did not comply with the strict uniform policy. In that case, the High Court found that the school should have taken into account the individual pupil’s family traditions and decided that the policy of male pupils having ‘short back and sides’ was indirectly discriminatory on the grounds of race.

So, while Ruby’s case doesn’t set a new precedent in UK law, it does show that schools are at risk of litigation on the grounds of ‘hair discrimination’. This form of discrimination is already more widely acknowledged in the United States, where several states have already set about addressing this concern by prohibiting employment, housing, and other public service discrimination based on certain ‘protective’ hairstyles and textures like braids, locks, afros, curls, and twists, and there is good reason to suspect that this cultural shift could be making its way here.

Society is constantly evolving and it is now commonly understood that dictating how people should dress or look – for example requiring women to wear heels in the workplace – is less acceptable. In the case of hair discrimination, it should be recognised that being forced to apply products or straightening treatments to hair in order to conform to societal norms can be discriminatory, especially where that hairstyle is connected with a protected characteristic, such as religion or race.

Considering the recent case, schools should be mindful of their own actions and approaches to dress codes and hair styles. Whilst they can certainly have dress codes in place and maintain certain standards, schools should be mindful of the risk that implementation could indirectly discriminate against pupils from a certain race or religion. Schools should regularly review their policies and ensure that staff receive regular training on their application to ensure that their pupils are not inadvertently discriminated against. Taking such steps will help mitigate the risk of parental complaints, legal action, reputational damage and the consequences for a school’s Ofsted or ISI report, therefore, reducing the likelihood of hair discrimination.

For schools looking to review or update their policies, there are a number of organisations as well as specialised legal advisers who can help ensure they are watertight.

With this case in mind, more should be done to raise awareness around all types of discrimination, including hair discrimination. As well as setting out clear policies with Equality Act obligations in mind, schools should ensure that staff are familiar with their individual roles and trained to a high standard to reduce the likelihood of issues occurring and mitigate the risk of claims being made. An example should be set from the top of the organisation, and school governors, leaders and teachers must be crystal clear about their legal responsibilities, in order to help tackle inequalities in education going forward.