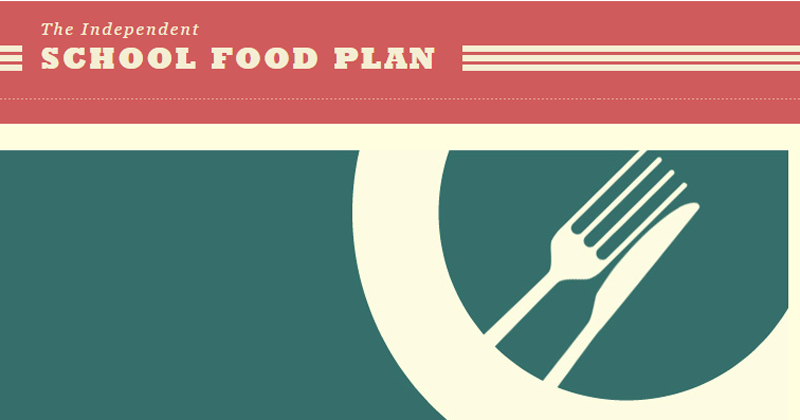 The group tasked with supporting the implementation of a £16 million school food improvement plan has shut up shop without any project evaluation.

Education blogger Andy Jolley said it was worrying there had been no official evaluation of the project’s success.

“It is ridiculous that no organisation monitors school food standards or checks on outcomes for the universal free school meals policy, given how much money has been spent on the project.

“In a world of evidence-based policy, it is unforgivable there has not been monitoring of the plan and it is now impossible to properly judge its legacy.”

Both the group and government have already come under criticism this year after a report on the financial viability of providing free school meals to infants was suppressed.

The Department for Education declined a freedom of information request to see the report.

In 2012, John Vincent and Henry Dimbleby, co-founders of the restaurant chain Leon, were tasked with carrying out a review of school food, which led to a list of recommendations for schools.

The government then granted contracts worth £16 million to help schools increase the take up of school meals. This was overseen by the School Food Plan office, supported by Dimbleby and Vincent’s charity the Leon Foundation, from August 2013.

When that contract came to an end last year, a new eight-month contract with the department to continue the project, worth £162,720, was handed to the plan’s director Myles Bremner and his company Bremner and Bremner.

Funding was granted until March 31 and was not renewed. Instead, a School Food Plan Alliance, independent of government funding, was launched on April 1.

Bremner said: “The government committed to a range of evaluations and measurements to track the progress of the School Food Plan, and there is now a great opportunity for government to implement those measures and evaluation as it goes forward.”

A Department for Education spokesperson said the School Food Plan had funding only up to the end of the financial year.

“School meals have come a long way, and the School Food Plan has been central to this.

“The plan, which included development of the new School Food Standards, has helped schools improve the quality and take-up of meals, so that more and more children are eating a tasty, nutritious meal at lunchtime, establishing healthy eating habits for life.

“We remain committed to the School Food Plan’s aims and are grateful for the work of the office, and the support they have provided to schools and caterers.”