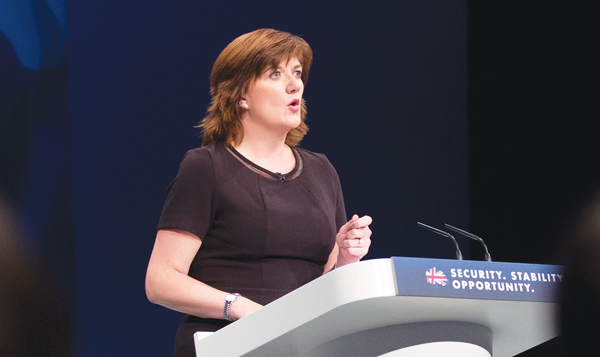 Nicky Morgan’s decision to allow a controversial grammar school expansion on a site nine miles away has again been questioned after new claims the school flouted consultation guidelines.

The education secretary approved an application in October last year from Weald of Kent Grammar School, in Tonbridge, to open an annexe on a site in Sevenoaks.

According to government guidelines, academies applying to make significant changes must hold a consultation for four weeks, with other schools and the local community offered the chance to have their say.

But documents obtained by the local campaign group Kent Education Network (KEN) under Freedom of Information laws suggest the school’s consultation for its new annexe ran for just two weeks.

The school only consulted parents and teachers, and did not ask for the views of other stakeholders, the group claimed – despite it being part of the government guidelines.

KEN is claiming Morgan’s decision to allow the expansion was “flawed” after the school “flouted guidelines”.

But it has now emerged that the Department for Education (DfE) is relying on the findings of a consultation the all-girls’ school carried out in 2013 for an earlier expansion plan for a mixed gender annexe and was turned down by former education secretary Michael Gove.

Kent County Council, in a statement sent to Schools Week on behalf of the school, said the 2013 consultation included all the stakeholders required by the DfE.

It was carried out over 12 weeks and got 1,026 responses, of which 982 were in favour of providing an annexe in Sevenoaks, the council said.

Roger Gough, Kent council cabinet member for education, said the school was then advised by the DfE to consult again in 2014 to “reconfirm whether parents still supported the expansions”. The majority (56 per cent) did.

A spokesperson for the Kent Education Network said the new consultation was “inadequate” and that Kent County Council was acting “irresponsibly” by pledging £19 million from its general council pot to fund the expansion.

But Gough told Schools Week the council stands by its decision to spend £19.1 million on the new school facility – which will house both the annexe and a new free school, Trinity Free School.

He said it is a “necessary and prudent use of public funds that will hugely improve the lives of the 2,576 Sevenoaks residents who petitioned Kent County Council to consider establishing selective provision within Sevenoaks district”.

It’s not the first time academies have come under fire over consultations – though most relate to ones run on behalf of academy chains looking to takeover council-maintained schools.

The Inspiration Trust was forced to defend its suitability to takeover the Hewett School, in Norwich, last year after a statutory consultation found the “great majority” of parents were opposed.

The trust said “deciding on proposed changes is not a popularity contest”, and was later given government permission to takeover.

Later that year, the government removed the requirement for academy trusts to consult parents over plans to forcibly convert failing schools into academies. New legislation mean academy trusts only have to “communicate” their plans.

Campaigners have also been unable to confirm whether the answer to the key question was included when the school submitted its plans to government for approval. Freedom of information requests to see the form were refused.

The Department for Education said it “does not hold the application” and Kent council also rebuffed the request – stating it would “prejudice the effective conduct of public affairs” if released.

A KEN spokesperson said the expansion process must be “absolutely transparent” – as it sets a precedent for over applications now being considered across the country.

Joanne Bartley, KEN chair, added: “Academy trusts submitting proposals such as these might be motivated chiefly by self-interest, but the ensuing lack of transparency means mistakes can be made and problems occur.

“Any school could present a positive consultation, or disguise factual inaccuracies in their proposal, but with this lack of transparency, which ignores the public interest, the education secretary would have no way to know she was being misled.”

A DfE spokesperson said: “We are fully satisfied that the school has appropriately consulted and provided clear evidence of the overwhelming support for this proposal.

“The school consulted extensively on their proposals in 2013 and again in 2014, ensuring that everyone in the local community had the opportunity to comment on the proposals.”