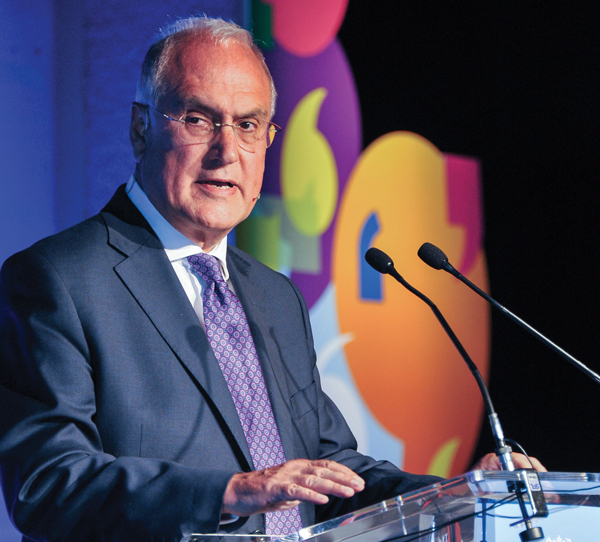 More than a third of schools across the poorest regions are having to cover posts in science and maths with “temporary staff who lack the right skills”, says the chief inspector.

Sir Michael Wilshaw told the Festival of Education at Wellington College last week: “That’s a lot of children going home and saying to their parents: ‘Another cover teacher in science’.”

During the speech he revealed initial findings of an Ofsted review into the challenges of recruiting good teachers in coastal, isolated and deprived areas, as well as the way teacher training serves struggling schools. The review is due to be published later this year.

More than half of secondary heads who spoke with inspectors in the east, south east and north west of England said they found it “very challenging” to recruit maths and science teachers.

Sir Michael urged that “a bit of creative thinking about how and where we market the profession could save a lot of problems in teacher recruitment”.

It was also crucial that good teachers stayed in the profession.

The vice chair of the Association for Science Education (ASE), Richard Needham, told Schools Week that he shared concerns about “a steady downward trend in recruitment figures, particularly in maths and science.

“The introduction of bursaries for good graduates particularly in shortage subjects has not done enough to reverse this pattern.”

In September 2014, there were just 661 entrants to initial teacher training for physics, and physics with maths. The target was 1,000 – the number fell short by a third.

Biology and general science had 766 new entrants, 15 per cent short of its target.

Mr Needham said the ASE would expect all science lessons at secondary level to be taught by a subject specialist.

He also said that school-based teacher training routes such as School Direct meant that some schools were “creating their own supply chain and would be looking to recruit teachers in shortage subjects”. These schools, often already outstanding, would have “first pick of whoever is trained”.

He added: “If you are not in a teaching school alliance then you are only having the chance of picking up those teachers who are not appointed as their training draws to a close.”

Sue Pope, spokesperson for the Association of Teachers of Mathematics, also said there was an acute shortage of maths teachers.

Responding to Sir Michael’s concerns, she said it was harder to recruit good staff to the areas Ofsted was reviewing because “a lot of young people are quite keen to start their career in cities or attractive places, where there are perhaps slightly fewer challenges”.

Ms Pope said retention rather than recruitment was “probably a bigger issue” for maths staff. “Too many teachers leave the profession within a few years. The pressures of the job are too much for too many.”