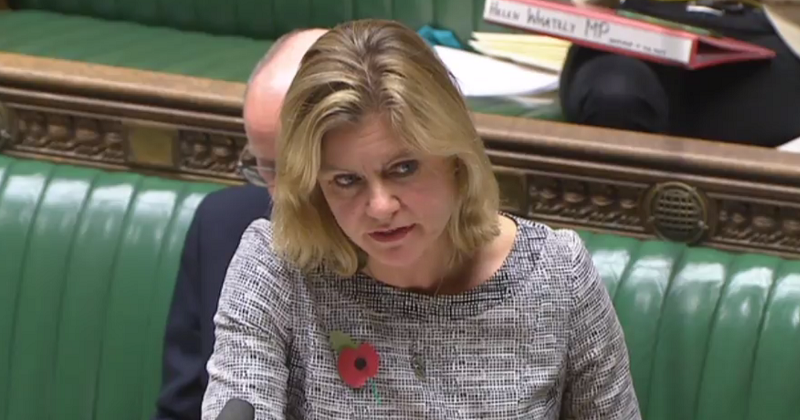 Justine Greening and her ministerial team faced questions from MPs in the House of Commons this afternoon.

Here are the main things we’ve learned from the debate:

Surpluses taken from schools by the doomed Wakefield City Academies Trust will not be kept by the trust once it is wound up, Nick Gibb told MPs.

WCAT is currently in the process of giving up all of its schools, after admitting it doesn’t have the capacity to improve them.

The schools minister said WCAT “will not be able to retain any of the reserves it holds at the point of dissolution”.

He was responding to questions from Philip Davies, the MP for Shipley in Yorkshire, who said that more than £276,000 in reserves had recently been transferred to the trust from High Crags Academy in his constituency.

Gibb said schools from the trust would be receiving “the resources and support they needed to raise academic standards”, including High Crags, which is to be rebrokered to the Tauheedul Education Trust.

2. Parents are unhappy with the WCAT rebrokering process

Following the news that all 21 of WCAT’s schools are to be taken on by other sponsors, parents are struggling to get information about the process, according to one local MP.

Yvette Cooper, the Labour MP for Pontefract, Normaton and Castleford, said parents at Freeston Academy had been “promised consultation” on the future of the school, and were worried about it losing its name, identity and uniform in the transition.

Instead, those parents have been told to “travel miles to another school in another town only for a meeting”, for which tickets had to be “booked online”, Cooper said.

In response, Gibb said the government was “not happy” with WCAT’s performance, and had “taken swift action” to rebroker the schools.

Powell reported that the pass mark for the new higher-level GCSE paper was just 18 out of 100, and asked whether the difficulty was putting pupils off studying the subject further.

Gibb said the new GCSE was “significantly more demanding”  to ensure “a better fit and preparation for students to go on to study maths at A-level”.

The minister also insisted that the comparable outcomes system aimed to ensure that “roughly the same proportion of pupils” would achieve the new 9 to 1 grades as their equivalent A* to G grades.

While he accepted this would mean that pupils “might achieve a lower grade” this year, Gibb said he expects the figure to rise as schools get used to the new curriculum.

4. We still don’t know where £1.3bn in savings will come from

The government has pledged to give schools an additional £1.3 billion, but still isn’t saying where the money will come from.

Justine Greening was pressed for information on how the Department for Education will come by the additional money, some of which will come from general departmental savings.

She said her department had been “working to identify” the savings, but did not say more about how successful that work had been.

Last month, Jonathan Slater, the permanent secretary at the DfE, admitted not all the savings had been found yet.

5. Schools will get new guidance on sexual assault this term

The education secretary has confirmed that new interim guidance on how to deal with reports of sexual assault and harassment will be issued to schools before the end of the year.

Labour MP Stella Creasy urged Greening to fast-track the guidance, which she claimed was “promised months and months ago”.

Her comments follow an unfolding sexual harassment scandal that is rocking Westminster, and prompting calls for better education about consent.

“We will be issuing interim guidance this term,” Greening confirmed, adding that longer-term change in attitudes towards “totally unacceptable” workplace behaviour would need to start in schools.

“That’s why we’re now updating the relationships and sex education guidance for the first time since 2000.”