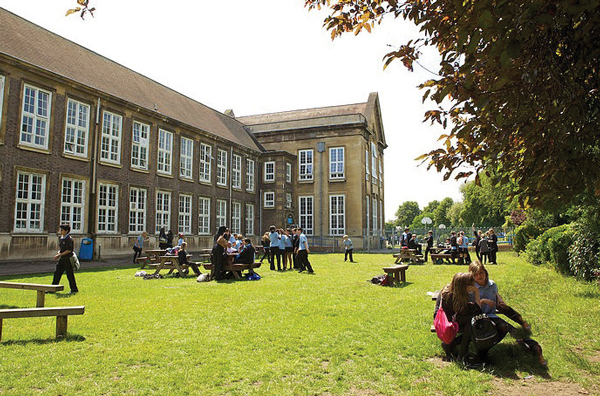 Schools caught telling parents they have been rated as “outstanding” in external reviews face a ticking off from the education watchdog Ofsted as it gets tough on “mocksteds”.

Chiswick School, in west London, was censured after writing in an article published on its website and in a letter to parents that an “Ofsted lead inspector” had conducted the peer review.

The article published in the news section of its website was headlined: “Chiswick School obtains ‘outstanding’ in all areas for second year running in an external review.”

The review was completed as part of its membership with Challenge Partners, a school improvement charity that charges up to £11,000 a year to join.

Published in February last year, it remained online even after the school was rated as “requires improvement” in an official Ofsted inspection in November.

But after parent Julie Carter complained to Ofsted, the school (pictured) was last month ordered to remove the misleading reference – which it did last week.

In a letter to Ms Carter, HMI Madeleine Gerard said the misuse of Ofsted’s name could be interpreted as an “endorsement or recommendation” of the review.

It is the latest example of Ofsted cracking down on schools taking part in such inspections, dubbed “mocksteds”. Last September the watchdog banned its inspectors from freelance work helping schools to prepare for inspections.

The original post on Chiswick’s website, which Schools Week has seen, states: “While the review does not mirror an Ofsted inspection, it covers much of the same ground and can be viewed as a reliable indicator of school progress.”

The review rated the school outstanding in a range of areas, including teaching and learning.

But when Ofsted visited, the school was downgraded to “requires improvement” from a previous “good” judgment.

Inspectors said the effectiveness of leadership and management and outcomes for pupils were both “requires improvement”, raising questions over the accuracy of such reviews.

Challenge Partners charges schools £7 per pupil for a yearly membership, with a cap of £11,000.

On its website it says that the Quality Assurance Review (QAR) is “central” to its membership offering, and says its own research found “outcomes of a review are slightly tougher than Ofsted”.

But a spokesperson for the charity said the reviews were “not intended to replicate Ofsted.

“They focus on a collaborative approach to identifying areas where a school is doing well, and where it would like to direct improvement efforts.”

Headteacher Tony Ryan, who is leading a group of heads to deliver a new free school in Hounslow next year, told Schools Week that “there was absolutely no intention on my own part or on behalf of the school to mislead parents or members of the school community.

“It was in fact made absolutely clear within the letter that there was no direct comparison between the review and an Ofsted inspection.”

But Ms Carter said: “Every child leaves with a good feeling about the school and takes away something positive. Regardless of Ofsted, it was always a good school to us, and there was no need to over-inflate it with puffery.

“This has only made the school look desperate and ridiculous to the public, when the attention should be on the mostly excellent, dedicated and underpaid teachers that were working tirelessly and on their way to quietly making the school outstanding.”

An Ofsted spokesperson said: “Former HM inspectors may refer to their career history, but they should always make clear that they no longer work on behalf of Ofsted.”