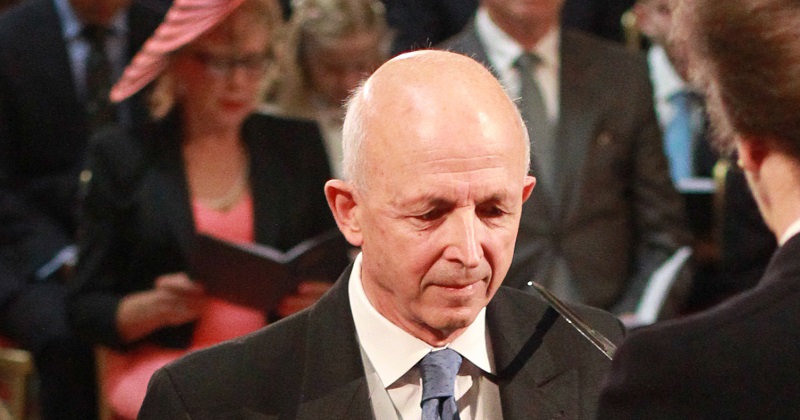 The head of the statistics watchdog has written to the education secretary to warn of “significant concerns” over the Department for Education’s use of stats.

Two other letters from the watchdog have also been issued to the DfE’s top boss, Jonathan Slater, and chief statistician, Neil McIvor, this morning in what represents a huge slapdown for the department.

One statistics expert stated the flurry of letters amounted to a “blistering” attack from the watchdog, including a decision that the DfE’s use of the controversial OECD funding statistic “was presented in such a way as to misrepresent changes in school funding”.

Sir David Norgrove, the chair of the UK Statistics Authority, has intervened after his organisation began two investigations into the presentation of stats on school funding and improvement.

Schools Week exclusively revealed on Wednesday that the government was in hot water over its claims that the UK is the third highest spender on education in the OECD, and that there are 1.9 million more children in ‘good’ and ‘outstanding’ schools now than in 2010.

In a letter to Slater, the UKSA warned: “It is important that any government department maintains a reputation as a trustworthy communicator of statistics.”

The UK Statistics Authority has also warned the DfE over comments by schools minister Nick Gibb about England’s place in international rankings for child literacy.

Gibb said last week that, in an international survey of reading abilities of nine-year-olds, England “leapfrogged up the rankings last year, after
decades of falling standards, going from 19th out of 50 countries to 8th.” Norgrove said this was “not correct”, as “figures published last year show the increase was from 10th place in 2011 to 8th place in 2016”.

He also criticised a tweet and blog by the DfE about education funding, claiming figures were “presented in such a way as to misrepresent
changes in school funding”.

In the tweet, school spending figures “were exaggerated by using a truncated axis, and by not adjusting for per pupil spend”. In the blog, an international comparison of spend which “included a wide range of education expenditure unrelated to publicly funded schools” was used, rather than a comparison of school spending alone.

“The result was to give a more favourable picture. Yet the context would clearly lead readers to expect that the figures referred to spending on schools.”

Norgrove’s third concern is over DfE claims of a “substantial increase” in the number of children in high performing schools, as judged by Ofsted.

While this claim is accurate “as far as it goes”, the figure “does not give a full picture”.

“It should be set in the context of increasing pupil numbers, changes to the inspection framework and some inspections that are now long in the past, as an earlier letter to the Department from the Office of Statistics Regulation pointed out,” said Norgrove.

His letter is the fourth communication from the watchdog to the DfE in the past year. The department has already been rapped over stalling publication of academy takeover costs, as well as issuing a misleading press release on free schools.

“I seek your reassurance that the department remains committed to the principles and practices defined in the statutory code of practice for statistics,” Norgrove wrote. “In particular, I urge the department to involve analysts closely in the development of its communications, to ensure that data are properly presented in a way that does not mislead.”

Hetan Shah, chief executive of the Royal Statistical Society, said the letter to Hinds was “bilstering”, describing the content “in regulator language this is turning it up to 11”, while Sir David Spiegelhalter, the RSS’s president, accused the DfE of “spin”.

“The Department for Education has had multiple warnings over the years about misusing statistics,” he said. “For a Department that is in charge of the nation’s numerical skills, this is getting embarrassing. Ministers need to get a grip and ensure they use numbers in a trustworthy way.

“As the UK Statistics Authority has shown, DfE has recently been using statistics selectively, in a way that can rightly be termed ‘spinning’.”

The DfE said it will respond in detail to the letters in due course, but maintained its stance that it was “true to say that the OECD has ranked the UK as the third highest for education funding – this includes tertiary and private education for every country”.

“This is one of several statistics in the OECD report that demonstrate the UK is among the highest spenders on education at primary and secondary level, whether you look at spend as a share of GDP, spend as a share of government spending or spend per pupil.

“Other independently verified statistics show the government is investing in schools – the IFS found that real terms per pupil funding in 2020 will be over 50 per cent higher than it was in 2000.”

Slater, in a letter to the UKSA sent on Monday evening, said “we need to improve our performance”, adding charts and statistics “need to be presented in context so as to aid understanding”.

He said the department’s head of profession for statistics will work closely with policy and communications teams across the DfE to “improve awareness of these important issues and to strengthen our internal process to ensure that figures are both factually accurate and always used in the appropriate context”.

However the apologetic tone is in stark contrast to Hinds’s response. The education secretary defended the use of the OECD school funding and Ofsted stat, but admitted Gibb’s literacy claims “could have been clearer”.

UKSA to DfE perm sec Jonathan Slater, warning: “It is important that any Government department maintains a reputation as a trustworthy communicator of statistics.”

UKSA to education secretary Damian Hinds, warning over “serious concerns about the Department for Education’s presentation and use of statistics”