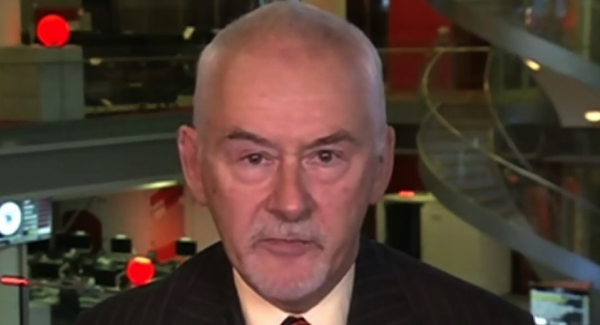 One of the two directors behind the Parent and Teachers for Excellence (PTE) movement was a key figure in the official campaign for the UK to leave the EU, Schools Week can reveal.

Jon Moynihan, a venture capitalist and chairman of the finance committee of Vote Leave, is listed alongside Dame Rachel de Souza, chief executive of Inspiration Trust, as a director of PTE.

The organisation, launched yesterday, pledges to shift the education debate from the “elites in Whitehall” and mobilise parents and teachers to make the case for education reform.

Moynihan – who has donated more than £70,000 to the Conservative party – was on the board of Vote Leave and a vocal figure in the campaign.

He also donated £60,000 to Vote Leave, according to Electoral Commission figures.

He was described by the Daily Mail as one of the group’s “most media-friendly faces” and regularly appeared in national media promoting Brexit, including in The Telegraph and on the Today programme.

PTE is refusing to name its financial backers, and would only say it is being funded by a “small group of philanthropists”.

The organisation states it is “strictly non-partisan”, but concerns of some social media users – who have highlighted that its members have links to the Conservative government – will be further fuelled by the disclosure of Moynihan’s position in the organisation.

Schools Week has been told PTE will be run as a company, rather than a charity, so that it is not bound by rules restricting charities from undertaking political campaigning.

The campaign has been orchestrated by James Frayne, communications chief at the Department for Education under Michael Gove, and Rachel Wolf, a former adviser to David Cameron. Wolf will also sit on the group’s advisory council.

While at free market think tank Reform, Frayne is credited with setting up a similar organisation in the NHS, Doctors for Reform.

The group claimed to represent 1,000 medical practitioners, but again did not disclose its funding.

Schools Week understands one such campaign, the StudentsFirst movement in America – an education reform group that pledged to empower parents – had “impressed” PTE’s strategists as the “right way to take the debate to ordinary people”. But Wolf said the situation in the UK was very different. Where the US was focused on getting reformers elected, PTE would instead focus on building a coalition of heads, teachers and parents “to push the things they think are important”.

The group has already gained an influential backing with its advisory council including some of the leading lights of education reform (full list here).

De Souza, a “superhead” who is credited with founding the campaign, said it was time to move the education debate from the “elites in Westminster and Whitehall”.

But having de Souza as the public face of a campaign to empower parents could prove divisive.

The Inspiration Trust was accused of ignoring the wishes of parents when it took over the Hewett school, in Norwich, despite protests and an independent consultation finding most of the respondents were hostile to a takeover.

The trust said the consultation represented only a small number of parents, adding its plans for an extended day to deliver sport, performing arts and music enrichment – one of the PTE’s core principles – were widely welcomed.

The group’s members will now use national and local press and education events to push the case for reform. It will also try to mobilise more parent activists to join their cause (there are currently six on the council).

The PTE website will also publish research notes. The first two published on Wednesday focused on effective discipline policies and the benefits of academies and free schools.

A recent government proposal for parents to trigger the sacking of an academy sponsor has not formed part of PTE’s thinking so far, but Schools Week was told they would be open to helping parents push for change – when needed.

A PTE spokesperson also confirmed that it would steer clear of the grammar debate, adding that it was focused on what happens in the classroom.