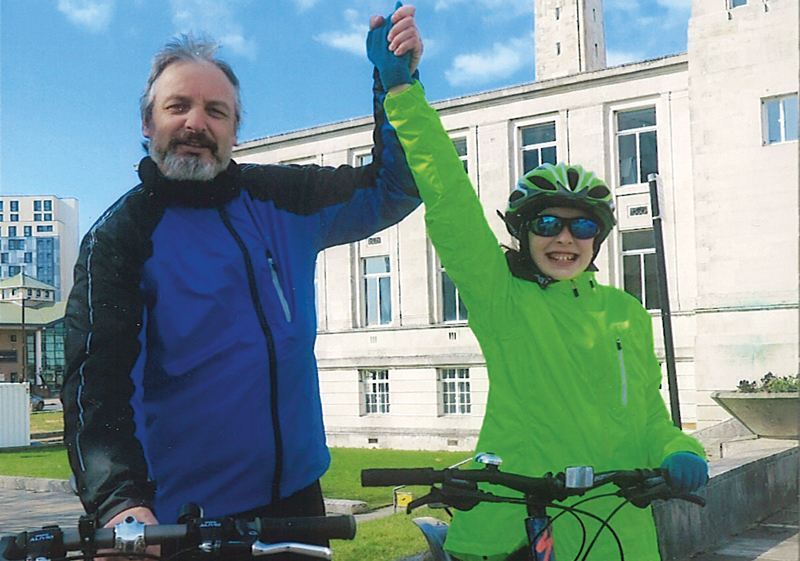 A 12-year-old pupil from Salisbury has completed a gruelling seven-hour bike ride to raise money for Sport Relief, which this year raised almost £57 million.

Freya Miller, from Sarum Academy, took on the challenge after she heard that her school was fundraising for the charity. With her dad, Julian (pictured), she planned a ride from her house in Barford to Southampton – a distance of just over 31 miles.

Freya says: “I felt nervous beforehand because I’ve never cycled so far before, but once I started I thought ‘I can do this’.

“The hardest bit was a massive hill that lasted for about three miles, but it was all worth it when I reached the end and felt proud because I’d proved to myself I could do it.”

Freya raised more than £50 and says she hopes to go on to do more sponsored bike rides.

Mark Pearce, curriculum team leader for PE at Sarum, says: “We are so proud of Freya for such an amazing achievement and such an inspiration.”