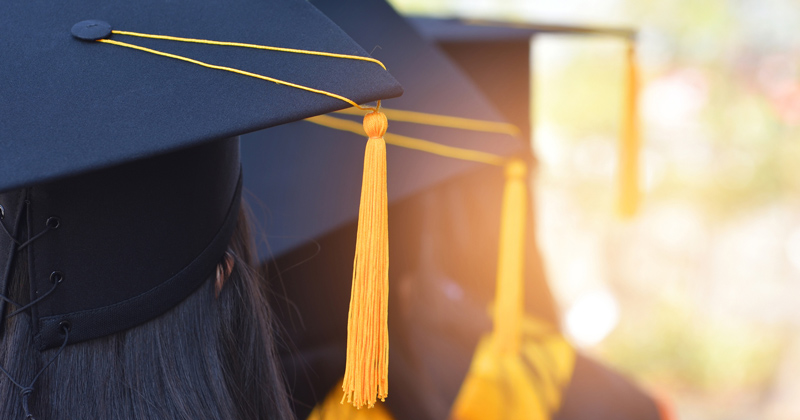 A major review into university admissions is calling for places to be offered after students have been awarded grades – but it shot down proposals to shift start dates back to January.

Universities UK (UUK), the university umbrella body, suggests switching to a post-qualifications admission model from 2023, subject to full consultation, as part of a number of recommendations to bring greater transparency and trust in the admissions system.

Teachers work hard and diligently to provide accurate predicted grades, but it is not an exact science, and never can be

Research by the Sutton Trust published last month showed that 66 per cent of students surveyed in September felt a post-qualification approach would be fairer than predicted grades.

The UUK’s 18-month Fair Admissions Review, published today, has called for an end to the use of controversial “conditional unconditional” offers, where the place is conditional on an applicant accepting the university as their sole choice.

But, in the longer term, the report concludes a post-qualification offer model has the potential to provide greater fairness and transparency by giving students more choice for longer and reducing reliance on predicted grades.

However, it also highlighted issues that would need to be addressed, such as implications for school and university timetabling. UUK said that it would conduct more consultation and would work with schools, universities and the government to develop this approach.

Geoff Barton, general secretary of the Association of School and College Leaders, said there is a “growing consensus in favour of ending the current reliance on predicted grades and moving to a system of post-qualification admissions”.

“Teachers work hard and diligently to provide accurate predicted grades, but it is not an exact science, and never can be,” he added. “Post-qualification admissions would be better and fairer.

The report was published just days after UCAS, the university admissions service, separately put forward this proposal as one of two “radical new options” to shake up the admissions process.

UCAS’s other option was a post-qualifications applications model that would allow students to apply for a place after A-level results day, and delay the start of the university term until January.

The UUK review, which involved school, college and university leaders – and UCAS – in its review, also explored this option. But it found that while it has the “potential to increase fairness”, the proposal would “represent a possibly unmanageable overhaul to secondary education timetabling, exam sitting and exam marking, and possibly result in later starts for education courses”.

Concerns were also raised about the level of disruption such a model could impose on education at a time when it has already been severely disrupted by the pandemic, the report added.

An UCAS spokesperson said the reform proposed by UUK is “the most practical and addresses concerns around predicted grades and unconditional offers”.

However, the review does say that unconditional offers are appropriate in some circumstances, for instance, where applicants already have the required grade, or for those applying to courses where decisions are informed by an interview.

But the UUK proposes a new code of practice to maintain standards and makes clear that “the use of any incentives in offer-making should not place any unnecessary pressure on applicants”. Any failure to adhere to the proposed code of practice would result in sanctions, the review states.

Professor Quintin McKellar, review chair, said: “There isn’t a perfect one-size-fits-all solution for the variety of courses and institutions, but the review has decided it would be fairer for students to receive university places based on exam results, not predictions.

“Any change to PQA must be taken forward carefully by universities, with further consultation with students, government and those working across the education sector. We need to be confident that any new process will allow for effective careers advice and support for applicants.”

A Department for Education spokesperson said the government made an election promise to “improve the applications system for students. We have already been clear that reform is required and therefore welcome UUK’s agreement on the need for change.

“We will set out more on the government’s plans for university admissions shortly.”