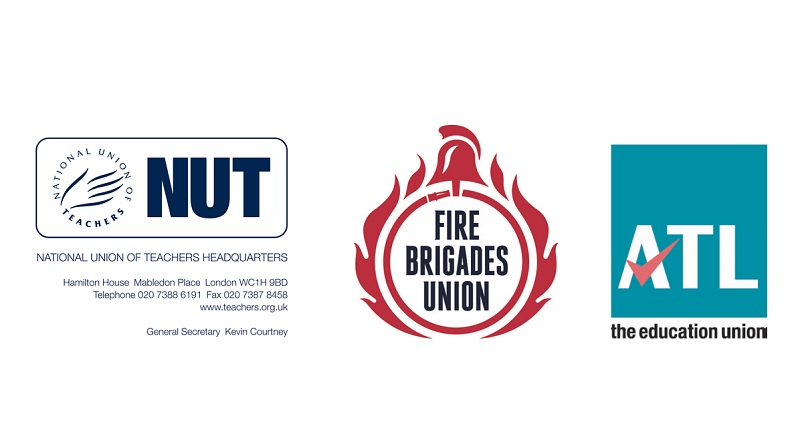 Two education unions have joined with fire officers to demand “urgent reassurances” from Justine Greening about fire safety in schools after the Grenfell Tower blaze.

The Fire brigades Union (FBU), National Union of Teachers (NUT) and the Association of Teachers and Lecturers (ATL) have written to the education secretary urging her to ditch proposals they fear will water down fire safety rules – particularly over the installion of sprinklers in schools.

The unions have also demanded clarity over the use of “combustible materials” for cladding on school buildings, after reports schools could be fitted with the same cladding blamed for the blaze.

The government released a draft of new fire safety guidance for schools last August, which the unions say shows a “total disregard for the health and safety of children and staff”.

In relation to sprinklers, new wording in the guidance states: “Building regulations do not require the installation of fire sprinkler suppression systems in school buildings for life safety.”

“Therefore,” it added, “[guidelines] no longer include an expectation that most new school buildings will be fitted with them.”

As revealed by Schools Week yesterday, the proportion of new schools being built with fire-preventing sprinklers has halved to just 35 per cent since 2010, a figure that could decrease even further if this watered down version goes ahead.

The government has claimed that despite this new wording, the rules on sprinklers in new schools continue as they were from 2007 when Labour’s policy was created.

In 2007 the Labour party introduced Building Bulletin 100: Design for Fire Safety in School, a policy which stated “it is now our expectation all new schools will have sprinklers”, unless it was found to be low risk.

Today’s joint letter said that of equal concern to sprinklers is that the proposed replacement Building Bulletin also made dangerous changes to fire compartmentalisation requirements.

It proposes to increase the permitted size of compartmented areas in all schools by 150 per cent and remove the requirement for each floor to be compartmented in unsprinklered schools.

The revised guidance also removed sections from the original 2007 Bulletin discouraging the use of combustible materials for building cladding.

In the joint letter, the unions wrote: “It is important to view these moves in the context of the repeated undermining and belittling of health and safety by government since 2010.

“Indeed you may recall that in 2012 David Cameron’s proud boast was that his New Year’s resolution was to ‘kill off the health and safety culture for good’.

“Can you confirm whether the current government shares this view?”

The unions added: “This issue has been dragging on for nearly a year. The government has had plenty of time to consider its position and clarity is now urgently needed about government intentions for school fire safety.”

Courtney said the government has behaved “shamefully over this issue”, while Mary Bousted, ATL general secretary, said it is “shocking” that the government “continues to ignore” the recommendations on fire safety in schools.

Matt Wrack, FBU general secretary said: “It is staggering we still have to have this debate with the government in the current circumstances. It highlights the endless problems we have faced when raising fire safety issues over several years.”

A Department for Education spokesperson said: “There will be no change to the fire safety laws for schools, nor our determination to protect children’s safety. It has always been the case, and will remain the case, that where the risk assessment required for any new building recommends sprinklers are installed to keep children safe, they must be fitted.

“Alongside the rest of government, we will take forward any findings from the public inquiry.”