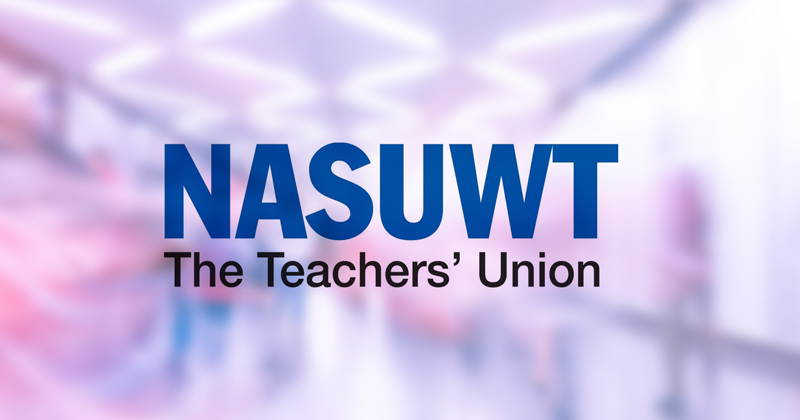 England’s second largest teaching union has been ordered to reinstate a sacked employee after an employment tribunal found it was “likely” he was dismissed for whistleblowing.

The NASUWT fired Richard Harris last October after he accused Chris Keates, the union’s general secretary, of lying, wasting police time and “acting like a despot”, a tribunal ruling shows.

Harris sent the accusations, in an email, to union executive members after Keates ordered a colleague to report Harris for suspected drink-driving. No police action was taken.

The union suspended him in late 2017 amid allegations of gross misconduct.

However, he claims Keates wanted to get rid of him because of his activity within the GMB union, which organised strikes against the NASUWT last year, and was using the row as a “pretext”.

Paul Housego, an employment judge, ruled that Keates’s actions in reporting Harris to the police and removing his company car “do not seem…likely to be justifiable”, even in the context of a “no-holds-barred political struggle”.

He added that Harris “had a point” when he accused Keates of acting like a despot, and that there “seems no authority for the general secretary to remove a car”.

The NASUWT has been forced to restore the former regional organiser’s contract, pay and benefits after the tribunal granted him “interim relief” following his dismissal.

The judgment, issued in December and seen by Schools Week, offers a glimpse into ongoing internal disputes at the union, which just months ago faced a staff walkout when their pensions were changed.

The union has appealed against the judgment and Harris is now pursuing a broader claim for unfair dismissal.

Under the Public Interest Disclosure Act of 1998, employees who “blow the whistle” on wrongdoing by their employers are protected from action if their revelations are considered to be in the public interest.

Judge Housego ruled that Harris’s disclosure about the drink-driving report was in the public interest because “if the general secretary of such a union were to be wasting police time, that is by its very description a matter of public interest”.

His disclosure about the removal of his car also qualified because the treatment of employees of a union representing more than 300,000 teachers “has public interest written through it”.

Keates wrote to Harris to demand the return of the car on October 9 last year following accusations from colleagues that he drove drunk from a GMB meeting. She also ordered Pete McCollin, the union’s head of HR, to report Harris to the police.

In response, Harris accused the general secretary of defamation and demanded an apology, the withdrawal of the police report, to know the names of his accusers and the return of his car. He also forwarded the exchange to NASUWT executive members.

But the executive ruled that the emails were “seriously defamatory and abusive of the general secretary”, that Keates had acted appropriately and that Harris’s conduct in sending the letters “should be accepted as bringing his employment to an end”.

Judge Housego said there was “no evidence that any of the committees gave the slightest thought as to whether the claimant might have a point”, and that they were “unlikely to be disposed to be critical of the general secretary whom they allowed to be present throughout.

“It seems to me not just likely but inevitable that a full tribunal will consider that the principles of natural justice were not observed.”

The union claims it was the manner in which Harris wrote to Keates that led to his dismissal, rather than his complaints. But the judge said this “cannot be reasonable” because the staff review committee “knew nothing of the back story”.

“The reason the staff review committee objected so strongly was that the claimant said that he would go to the press if his public interest disclosures were not acted on. 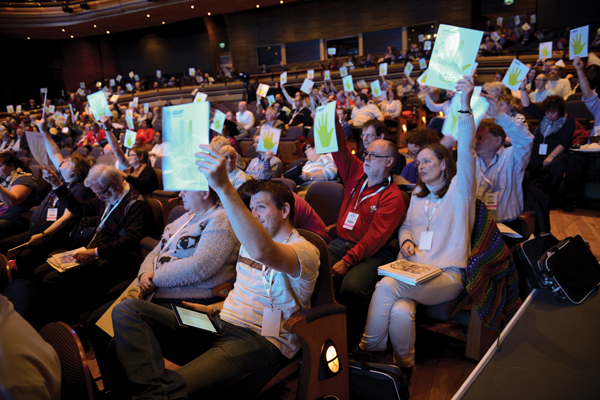 Delegates at the NASUWT conference in 2015

The union’s appeal means that Harris will not return to work.

In a statement, it said the claim was being “strongly defended”.

“Proceedings are ongoing and it would clearly be inappropriate to litigate the matter through the media,” a spokesperson said.

“What we can say at this stage is that there is a complex factual background to the events that led to the dismissal of Mr Harris and a full understanding of those events will be crucial for the employment tribunal.”

The spokesperson added that Harris had “neither been reinstated nor re-engaged; the employment tribunal ordered the continuation of his contract for pay and benefits purposes only, pending the outcome of the appeal”.