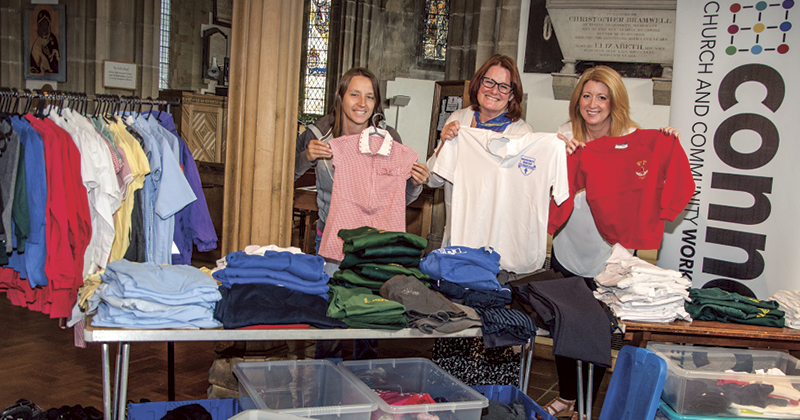 Families are saving money in Sunderland thanks to a new scheme that lets them recycle old school uniforms.

The One for the Wardrobe initiative sees donated school uniforms repaired and returned to the community, reducing costs for families while also combating bullying against students with ill-fitting or damaged clothes.

Led by Sunderland City Council, the scheme is currently run through community churches, with parents able to pick up a uniform at church, or request one via email. However, there are plans afoot to allow the scheme work directly out of schools.

Deb Fozzard, director of the local church and community network Sunderland Connect, said the scheme had “taken off far more than anticipated”, adding: “It was one volunteer who started it up, and I don’t think she realised there was such a demand. We’ve had to have more volunteers and we were lacking storage. It really grew very significantly.”

Given its success, Fozzard is now keen for others to adopt the project.

“We’d rather the uniforms go into the schools,” she said, “and what we’d really like to see happening is for schools and parents to work together to recycle uniforms themselves and put the uniforms back into their own schools.”