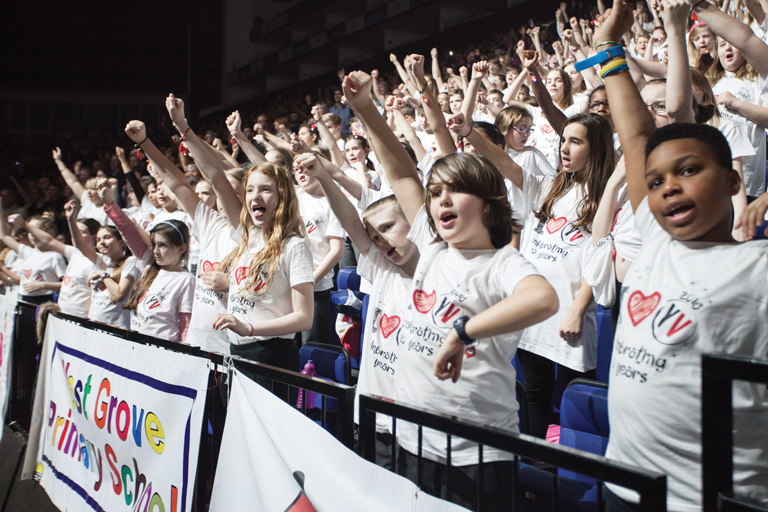 Young Voices, which stages the largest children’s choir concerts in the world, has completed a marathon of 20 arena dates up and down the country with more than 130,000 school children to celebrate its 20th anniversary.

The group, which gives primary pupils the chance to perform all styles of music including folk, pop, rock and classical, travelled to venues including London’s 02 and the Manchester Arena.

Blue Peter representatives visited the Sheffield and Birmingham dates, and a “fantastic” gala for Nordoff Robbins, a music therapy charity, was staged.

Throughout the year, teachers and pupils practise dance routines and learn songs in their music lessons before they come together for a show at their local arena.

In the past, children have performed with artists such as Alexandra Burke, Joss Stone, and Gary Barlow, as well as raising more than £1 million for children’s charities.

Ben Lewis, managing director of Young Voices, says: “Twenty arena dates to mark our anniversary is such an achievement and shows that we are making a real difference to the children and schools.”

Pic: Children in the Young Voices choir come together to celebrate its 20th anniversary