Will the 2015 drive for curriculum entitlement succeed where 1988 and the national curriculum did not?

We’ve been here before. A government re-elected; impatient to press on with education reform; concerned about the way schools respond to change; determined to implement radical curriculum and assessment change.

Never before had government set out an entitlement curriculum for all young people. I can remember attending any number of conferences at which models for the delivery of the statutory curriculum were considered, costed, and their implications for staffing, timetabling and continuing professional development debated. The argument then was that curriculum specification would improve outcomes; now it is reversed – that prescribing assessment will drive curriculum compliance. Of course, the national curriculum of 1988 was never fully implemented: subjects became optional rather than core at the age of 14, and the assessment regime was never fully realised.

It’s always seemed to me that schools have a central responsibility to prepare young people to thrive and to succeed as adults, and that a broad and balanced curriculum for all is a core component of that. I began my professional life as a history teacher and I’ve always been passionate about the importance for young people, whatever their prior attainment or learning trajectory, of learning about the past – I’ve written a series of books about it.

The EBacc subjects – English, mathematics, science, languages, humanities – are part of a broad and balanced curriculum for all. And, whilst it is unfortunate that the arts are unaccountably excluded, it is one step on the route to securing a genuinely comprehensive curriculum for everyone. It has been a serious failing of upper secondary provision in too many schools that some young people have been excluded at the age of 14 from the broad and balanced curriculum to which they should be entitled. It has happened for a range of reasons, including schools’ concern for their examination performance. Floor targets have too often privileged schools’ priorities above their pupils’ interests.

So is it likely that the 2015 drive for curriculum entitlement will succeed where 1988 did not? After 1988, the brute reality of implementation sank Kenneth Baker’s expansive curriculum aims, buried by decisions made by his (Conservative) successors, John McGregor, Ken Clarke and Gillian Shephard.

This time round, teacher supply may prove to be as tricky as they were then: not enough teachers in the right places to deliver the curriculum. Moreover, there are difficult technical issues. Hitherto, government has made great play of the curriculum freedoms accorded to academies, which account for half of secondary schools. Making the EBacc compulsory essentially removes a significant curriculum freedom. On this, government has concluded that it cannot trust schools to make the right decisions for their pupils, so prescription is needed.

If one freedom has gone, can others be far behind? That’s pressing because the school system is now more complex than in 1988, with university technical colleges, pupil referral units and studio schools alongside mainstream provision. At points in the past 25 years we have appeared to be moving away from a 5-16 assumption about the curriculum to thinking about 5-7, 7-14 and 14-19 curricula: that trend, certainly in terms of the implications for secondary seems to have been parked.

The final challenge is perhaps more technical still. The route government has chosen to move towards curriculum prescription is to make some examinations – that is, some forms of assessment – compulsory. It’s one thing to require that all 16-year-olds follow a common curriculum; it’s a different one to use specifications of examinations to make the curriculum compulsory. Here, as in so many of its reforms, government is struggling with the tensions between conformity and diversity, prescription and delegation. 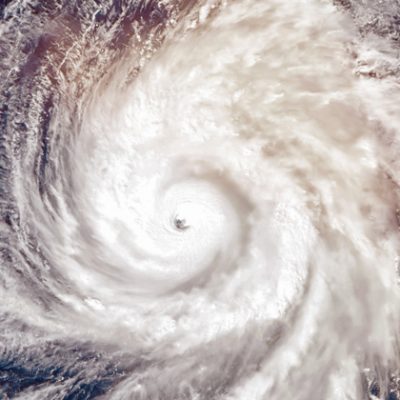 Knee-jerk government directives could cause an...