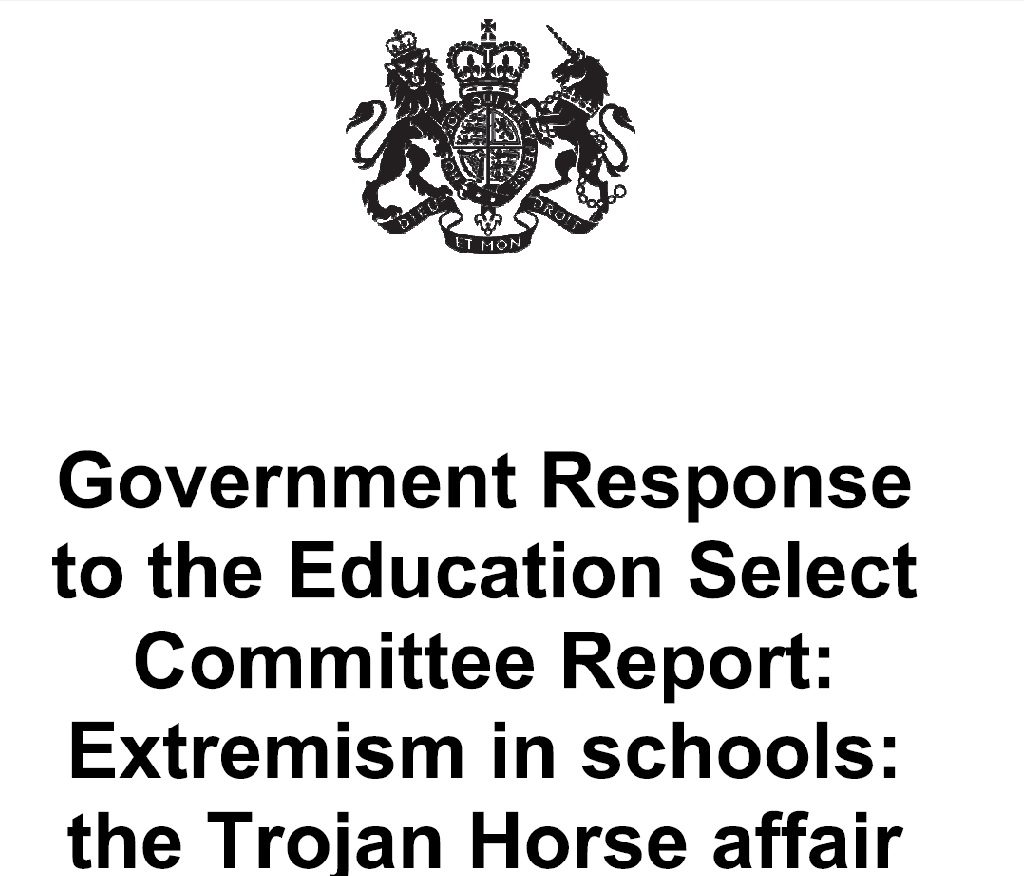 The Department for Education (DfE) has said an education select committee report into its actions in response to allegations of extremism in Birmingham schools risks “undermining” the government.

The report was carried out by the cross-party group of MPs after the incident in Birmingham in which a group of hardline Islamists were alleged to be “taking over” some schools.

Today, the DfE set out its response to a March report by the education select committee which claimed there was a sense of “crisis and confusion” in the wake of the so-called Trojan Horse affair, but ultimately said there was no evidence of extremism or radicalisation by any of the multiple inquiries.

The DfE said: “This downplays the seriousness of events in Birmingham and risks undermining our efforts to tackle extremism.

“It is important to state clearly just how damaging these were to the young people in the care of those schools.”

The department pointed a line in Peter Clarke’s report which said: “A number of people, associated with each other and in positions of influence in schools and governing bodies, who espouse, endorse or fail to challenge extremist views”.

Mr Clarke was appointed by the DfE to head up an inquiry.

The DfE said it is working with the Home Office and police to develop advice and material to support schools in meeting their new duty to prevent youngsters being radicalised.

The select committee also questioned the potential abuse of the academy system – four of the five schools implicated were academies. To which the DfE said today: “Operating a school-led system in which those at the front line are empowered to act with autonomy is the cornerstone of this government’s education policy.”

The DfE report said the select committee had overlooked the strong monitoring in place for academies, while understating the role of the local authority in governance.

This week, Schools Week reported how Park View – one of the schools concerned – was struggling to recruit teachers following the findings of Ofsted.

The government said today: “We agree recruiting good people to these schools is essential to secure sustained improvements.

“The LA and its partners are currently working with national school workforce recruitment organisations to stimulate a wider field of candidates to better fill head teacher, teacher and other school workforce vacancies in the city.”

Ofsted has yet to respond to the initial report.

Neil Carmichael MP has been elected as the new chairman of the education select committee. The remaining members of the committee have not yet been appointed.