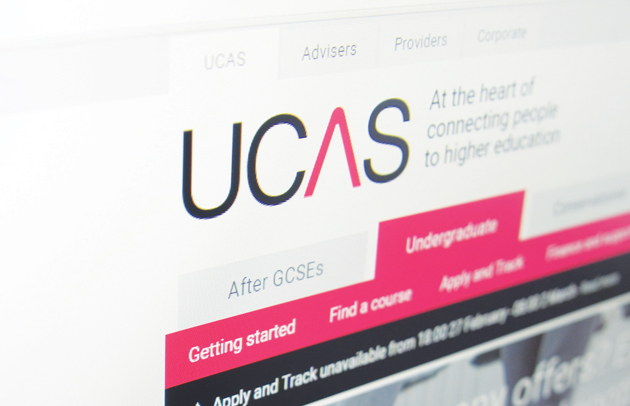 Schools have been warned to treat with caution an in-depth tranche of equality data for more than 130 large universities published by UCAS today, following a call for greater transparency in the admissions process.

The university admissions service has published a report which shows how likely UK students are to be offered and take a place at university, based on gender, ethnic group and background of applicants.

On the whole, the figures – dubbed the “largest ever data resource for universities” – show disadvantaged groups, young men and the white ethnic group are the most under-represented in higher education.

However UCAS has warned schools and pupils not to use the information when making decisions about where to apply later in the year.

Instead, the admission service said the data is intended to show trends in higher education, mostly to be used by analysts and researchers.

The publication comes weeks after the Department for Business, Innovation and Skills’ higher education white paper, which announced plans to force all universities to publish detailed information about their students and their progression.

UCAS’ data breaks down five years of information for 132 universities by offers and entrants.

The university admissions service has set a number of caveats to the use of the statistics, stating that the raw information is not enough to gain a clear picture of what is going on at each provider.

Speaking at a press briefing, Mark Corver, director of analysis amd research at UCAS, said it was the “largest ever data resource for universities”.

He added: “We would not expect this information to be used by students when they are applying to universities.”

UCAS said it built on its previous work on equality and re-inforced the differences in background, sex and ethnic group in students at particular universities.

Corver said factors such as what courses each university offers, its location, and their assessment of different exam subjects often influenced the different demographics of their intake.

The huge release of data has already resulted in contradictory opinions in the education sector.

The Russell Group, an organisation representing the top universities, said the report shows “no evidence of bias” in admissions.

However the Sutton Trust, a social mobility charity, suggested data shows a “strong correlation” between students’ backgrounds and the chance of them getting an offer at such universities.

Sir Peter Lampl, chair of the Sutton Trust and of the Education Endowment Foundation, said: “Today’s figures tell us that we must not get complacent about inequalities of access. We need to see a renewed effort from universities, government and schools to improve outreach work, subject choices and attainment for those from less advantaged backgrounds.”

Dr Wendy Piatt, director general of the Russell Group, added that full context was needed for each application to understand the “full story” about why some young people do not apply or get offers for places at Russell Group universities.