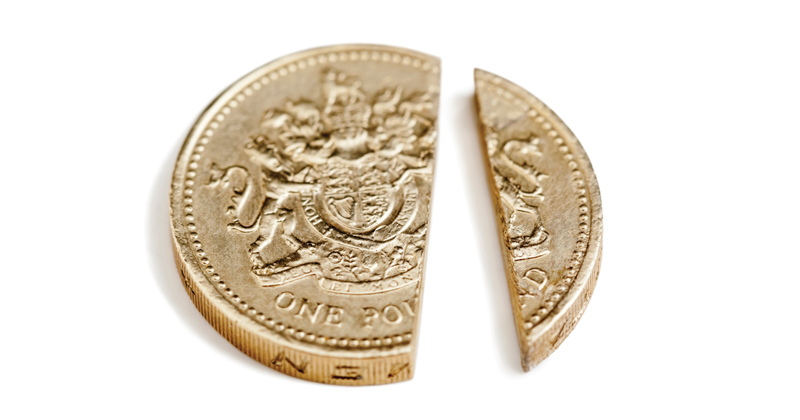 Multi-academy trusts top-slice a percentage of income from their schools’ budgets to fund their operational costs. That includes paying central staff, such as the chief executive, and providing services for their academies, such as school improvement, human resources and financial services.

The name they use for this slice of income can vary; from partnership or membership fee to central services charge. As can, according to various chief executives, the level of service.

But that is not the only issue. A Schools Week investigation has also found how trusts have skimmed cash from pupil premium funds, raided their schools’ reserves and built up their own cash supply

Most academy trusts top-slice between 3 and 5 per cent from their schools – way below the average 8 to 12 per cent charged by local authorities.

Allan Hickie, an academies specialist from accountancy firm UHY Hacker Young, says top-slicing is the most popular funding method. The percentage each school pays is decided by the academy trust board, which also has the power to raise or lower it.

The Kemnal Academies Trust upped its services charge from 1.8 per cent in 2014 (seemingly one of the lowest in the country) to 3 per cent last year. Ofsted had previously criticised the chain for not doing enough to support its pupils.

Oasis Community Learning charges schools a flat 4.5 per cent of their general annual grant (GAG) income, one of the simplest methods. In return, the trust offers services including governance, educational management and executive leadership. Oasis’ national office also absorbs costs, such as audit and legal.

Oasis Academy Hadley in north London pays £411,000 a year, the largest amount of any of the trust’s schools.

Variable contribution, in which schools are charged different amounts according to their particular needs, is also popular.

The CfBT Schools Trust uses Ofsted grades to determine need. Outstanding and good schools pay 3 per cent, requires improvement schools 4 per cent and those rated inadequate 5 per cent, as they need the most support.

According to that figure, the trust would pay £249,000 if it were rated good.

Ormiston Academies Trust also charges schools up to 3.5 per cent, depending on their Ofsted grade. But its schools also pay a flat fee, £60,000 per secondary and £25,000 per primary.

Annual accounts show both the above trusts do not include pupil premium funding in their top slicing.

But some do. It was reported last year that the Griffin Schools Trust included pupil premium income in its 5 per cent management fee.

Until September 2013, the E-ACT trust also skimmed from its schools’ pupil premium. Ofsted said at the time it was “unclear how these deducted funds are being used to improve outcomes for disadvantaged pupils”.

Schools Week has been told many academy trusts still top-slice from their schools’ pupil premium cash. Experts believe academy trusts are moving towards a funding system of pooling their schools’ general annual grant (GAG). This means trusts would then be in charge of dishing out the cash to individual schools.

Hickie says this is the least favoured method, used by about 2 per cent of trusts. It was made possible only recently after a change in funding agreements, but he believes it will become more popular in the future because it allows a trust to alleviate financial pressure on an individual academy by “ironing out between periods of fluctuating income and expenditure”.

He recently worked with a trust that was exploring taking the reserves from one of its schools (that was financially healthy) and diverting the cash to help other schools (that had converted in financial trouble).

Mike Cameron, a school governor and former teacher, has also written about this practice in Schools Week – calling it the “real reason” behind the government’s determination to turn all schools into academies. “Putting all schools into MATs enables shared reserves and flattens out financial risk… It reduces short-term risk of school financial failure.”

The practice is politically controversial as it goes directly against the government’s claims that becoming an academy means headteachers have more autonomy.

But Jonathan Simons, head of think tank Policy Exchange, says that the more a multi-academy trust is seen as the “institution” and the schools the component parts, the easier it is to “conceptualise all of the funding going to the MAT and then it being allocated to schools”. More trusts are now storing a slice of their management fee charge to build up
their own reserves, Schools Week has been told.

Annual accounts for the Boston Witham Academies Federation, which runs four schools, say it aims to accumulate £200,000 of “free reserves” that can be spent at the trustees’ discretion.

The accounts state the reserves “provide sufficient working capital to cover delays between spending and receipt of grants and to provide a cushion to deal with unexpected emergencies such as urgent maintenance”.

He previously had to ask schools to contribute part of their reserves to fix a collapsed roof at a school that had joined the trust in its early days. The trust could not afford the costs at the time.

Some trusts, however, are actually running at a deficit. Academies Enterprise Trust posted a central services deficit of £1.5 million last year. Top-slice service is decision for trusts

It is up to academy trusts to decide which services they provide for schools as part of management fees.

But academy chain chiefs say that this has led to large variances in provision.

Two have separately called for more transparency over what each school offers – including a possible “core offer” that all trusts must adhere to.

Sir David Carter, the national commissioner, told Schools Week it is up to trust boards to decide what they do with top-slice cash.

But he says the key issue is the relationship between the trust’s “strategy and delivery plan”.

“Of course, the trust will want to ensure that it sees value for money as well, but striking the balance between compliance, meeting the conditions of the funding agreement signed with the secretary of state, and improving the standards in its schools are the starting points for this strategic debate.”