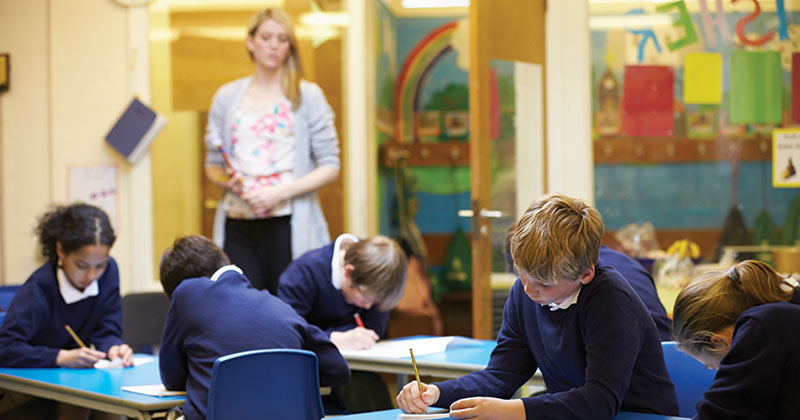 Three in four school leaders lack confidence in SATs, while half report having received inadequate information to prepare pupils for this year’s key stage 2 tests, a survey has revealed.

A poll of more than 1,000 primary school leaders by The Key reveals that 77 per cent “do not have confidence” in the current national assessment system.

Of those who responded, 47 per cent said they did not think they had received “adequate information” to ensure that pupils sitting this year’s key stage 2 assessments are “well-prepared”.

Assessment has been drastically changed and poorly communicated

It follows a damning report from the education select committee, which found that the accountability system for primaries is too “high-stakes” and calls for school performance to be judged on a rolling three-year average of SATs results, rather than annual data.

The government has acknowledged problems with the current testing system, and in March, it launched a consultation on primary tests, which proposes the scrapping of key stage 1 SATs and the creation of a new baseline test for reception pupils,

In response to the survey, one primary school leader told The Key that assessment had been “drastically changed and poorly communicated”, while another said they had received “too little information, too late”.

Of those surveyed, 92 per cent said pressure placed on schools from performance measures had increased over the last two years, and 90 per cent said those changes have had a negative effect on their teachers’ workload.

One respondent said expectations were “too high” at the end of key stages 1 and 2, claiming this led to a limiting of the curriculum, stress among pupils and “unacceptable pressure on teachers, pupils, parents and the school”.

Seventy per cent said the current accountability measures were not a “fair and accurate way” to measure school performance.

Other responses to the survey include a demand for more exemplification materials for tests, especially for reading.

“Sourcing appropriate and matched resources has a huge impact on teachers’ workloads,” the respondent added.

Another said: “The system of standard scores is accurate [but] the late notice which schools are given assessment information is unfair, unprofessional and not supportive of helping staff, children and others to deal with changes and prepare adequately.”