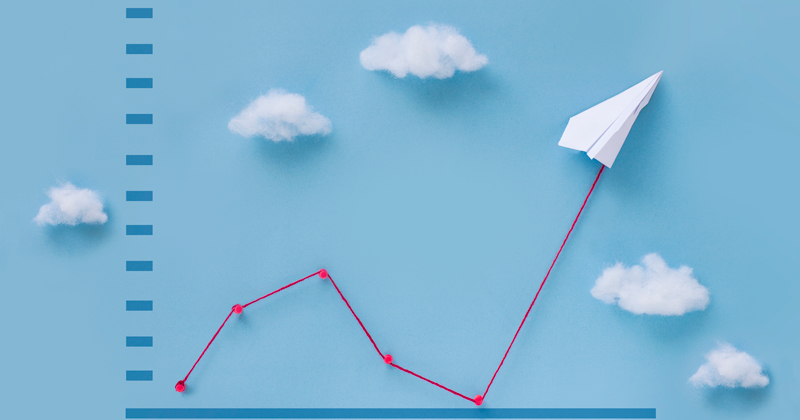 So, what impact can we expect this to have on this year’s results?

Back in June, FFT carried out an exercise to collect schools’ proposed grades. We gathered data from over 1,900 secondary schools before they submitted it to the exam boards – giving us the best idea yet of what we can expect when GCSE results are awarded.

As has been widely reported, CAGs, on average, have been higher than historical results, so we know that results will increase as a result of the new approach to awarding.

But the effect isn’t the same in every subject. We found that CAGs in computer science were almost a grade higher on average than in last year’s results. In fact, of the 24 subjects that we looked at, in 10 of them there was a difference of half a grade or more between the average proposed grade for 2020 and the average grade awarded in 2019. (If you like interactive tools, you can explore how the mix of grades varied for each subject here.)

In general, we found that it was subjects that we think have been graded harshly historically – including languages, business studies, and design and technology – where CAGs came in above last year’s results to the greatest extent.

Ofqual itself said that it had noted greatest “leniency” around the grade 4 boundary in the grades that schools submitted to the exam boards – understandable as that’s still seen as critical for progression.

And we think that schools with lower attainment will benefit the most from the new awarding approach: they seemed more likely to have submitted more generous CAGs.

That, of course, is where concerns initially came from about the blanket use of CAGs: that there was unlikely to be enough consistency between schools.

From what we found, there were 44 schools that were proposing that there had been an increase in their GCSE average point score of more than +1.0 – that is, a grade or more per subject – between 2019 and 2020. Some of that will be genuine improvement, though that level of change is unusual – generosity in grading will also be a factor. But we’ve ended up in a situation where, for many people, CAGs with their associated pros and cons were more palatable than what the government was proposing.

Now it’s worth saying that our analysis uses schools’ preliminary figures, before they were submitted to the exam boards. But snippets of information that Ofqual has put into the public domain make us think the grades that the grades we collected are broadly comparable to the final figures they submitted. (Figures that Ofqual published in July showed that 82% of GCSE CAGs awarded a grade 4 or above, compared to 73% last year.)

And, of course, we’re now in a situation where pupils will get the higher of their CAG and their moderated grade, which give results a further boost. It’s hard to quantify how big an effect this better of the two approach is likely to have, though – but it will increase some schools’ results.

Finally, let’s not forget the BTEC. It’s much harder to try to predict what will happen here – but we sincerely hopes that all Level 2 BTEC students will get their results without delay, given there are Level 3 students still waiting for theirs.