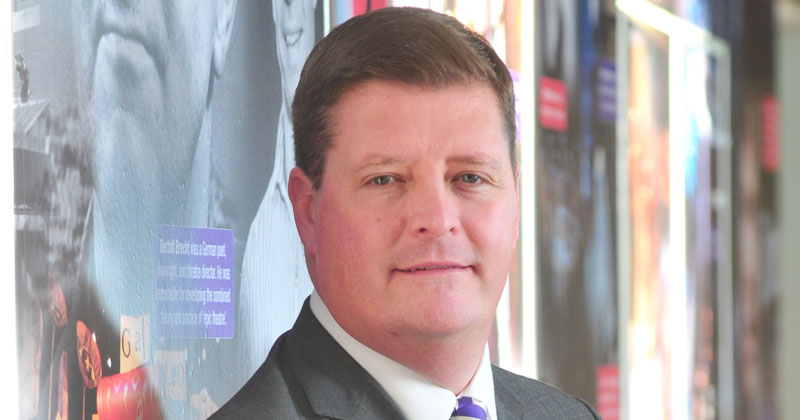 The boss of an academy trust under the spotlight for high rates of temporary exclusions has insisted strict behaviour expectations “prevent chaos” in its challenging schools.

The Outwood Grange Academies Trust (OGAT) has been the focus of several articles this year for some of the highest rates of fixed-term exclusions across the country. As revealed this week, the trust’s schools suspended the highest proportions of pupils across four of ten areas that received letters from Ofsted.

But Martyn Oliver, who became chief executive of the trust in 2016, said the figures were a combination of taking over schools that had been failing for years, and diligently recording all suspensions.

Speaking exclusively to Schools Week, he said: “They are about setting a reasonable level of behaviour in turnaround schools, to prevent chaos.”

He said suspensions, which he described as a better word for fixed-term exclusions to stop any conflation with permanent exclusions, were a “measure of what a school is willing to accept”.

Sending a pupil home for refusing to follow a teacher’s instructions and after other interventions have failed, or following a serious one-off incident, helped to change the behaviour culture in a school.

In “almost all cases” pupils were suspended for no more than a day, and only up to five days in exceptional cases.

But there has been controversy over its approach. An article in The Guardian in August quoted parents who said their children had been suspended for having a toilet break that was deemed “too long”, refusing to wear a Cancer Research UK badge, and for wearing socks with a logo. One pupil was said to have been suspended 43 times in a year.

The children who have been subject to a suspension are performing better across the whole school before we turned up, in most cases

Oliver said school leaders had to deal with a “massive set of dynamics” when the trust took over schools in special measures. “It’s a much more nuanced decision than people make out.”

He said “parental confidence” had gone “way back up”. “The children who have been subject to a suspension are performing better across the whole school before we turned up, in most cases.”

Twelve of the trust’s 31 schools were in special measures when it took them over; of those, 11 were now good or outstanding.

But are the most vulnerable pupils left behind under OGAT’s approach to behaviour?

Oliver said many of his schools had particularly challenging intakes. For instance, schools in Middlesbrough took in many pupils from a primary pupil referral unit.

Suspensions are not off-rolling, but people sometimes treat us like they are

The trust has said that as the “aspirations and culture” of its schools changed, the number of exclusions would fall.

Oliver said many schools did not record their half-day suspensions as diligently as OGAT, and did not receive the same level of scrutiny.

He said he was also irked by the confusion over “off-rolling”, where pupils were illegally removed from schools.

“Suspensions are not off-rolling, but people sometimes treat us like they are.”

One of his first acts as chief executive was to change trust rules so that evidence of off-rolling, which he called “abhorrent”, would result in immediate disciplinary action.

And in September OGAT introduced a new behaviour policy after leaders were challenged to reduce suspensions without “affecting standards”.

While the new policy still emphasised “high standards”, it provided “even greater options for students to choose to correct their behaviour” before facing exclusion.