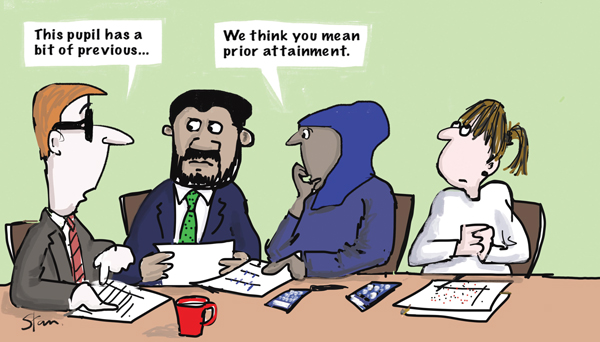 The home secretary told the right-leaning thinktank Policy Exchange that future PCCs should “work with and possibly set up” schools to “support troubled children and prevent them from falling into a life of crime”.

But the future of a project cited as an example by Ms May in her speech remains uncertain as a debate over its plans to use former police headquarters for an all-through free school rages on.

Northamptonshire PCC Adam Simmonds is one of the key partners behind proposals to open Wootton Park School on the site of the former police HQ at Wootton Hall in Northampton, having announced a feasibility study in 2014.

But a recent consultation on the use of the site has only just come to an end, and the school’s leaders are still urging parents to apply directly to the school for places, to avoid risking one of their other options through the council application process.

A spokesperson for Mr Simmonds said he remained committed to the use of Wootton Hall as a school, despite concerns flagged in a council meeting last week about the possible sale of the building to the education department.

Ms May recently told the Guardian that the school was “an early intervention initiative” but admitted it would not just take “troubled children”. The school’s vision and ethos statements make no mention of being focused on alternative provision or early intervention.

The report also says the school is over-subscribed, having received 800 applications for a space in the first year group.

Ms May’s comments have been criticised by National Union of Teachers’ deputy general secretary Kevin Courtney, who said her suggestion was “quite extraordinary”.

He went on: “Theresa May cites an example of the Northamptonshire police and crime commissioner opening a new free school with a ‘crime specific curriculum’, whatever that may be.

“No state schools should be opening up with a limited vision for education. We need an inclusive, engaging curriculum that meets the needs of all students and we need schools to be answerable to their local community and run by their local authority.”

In her original speech, the home secretary said: “Future PCCs should bring together the two great reforms of the last parliament – police reform and school reform – to work with and possibly set up alternative provision free schools to support troubled children and prevent them from falling into a life of crime.”