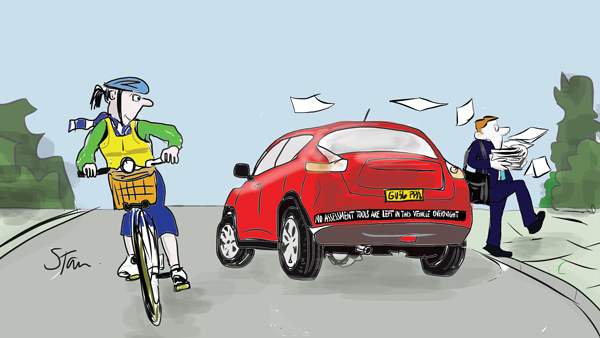 Teachers at maintained schools could soon join their academy counterparts in the fast lane after the government signalled its intent to review their exclusion from car-to-work schemes.

More than 400,000 teachers are currently missing out on the popular Teacher Car Campaign scheme because the government has not added it to their contract, the School Teachers’ Pay and Conditions Document (STPCD).

While earlier options for cycle-to-work schemes and childcare vouchers were added to the STPCD in 2006, recent pay reforms shunted any plans to introduce the car scheme.

Teachers at academy schools, which set their own pay conditions, can access the scheme, saving about £1,300 a year on a new car.

The Teacher Car Campaign was set up a year ago by car scheme provider Tusker. It has gained cross-party support and more than 1,250 teachers have signed an online petition that it become part of the STPCD.

David Hosking, Tusker chief executive, said: “As a provider of these schemes, we’ve been approached on countless occasions by teachers who have told us it is extremely unfair that they can’t use a voluntary car scheme.”

David Davies, MP for Monmouth, raised the issue in parliament last month. In response, minister for schools David Laws said changes to statutory pay and conditions have to be referred to the independent School Teachers’ Review Body (STRB).

He said recent referrals had focused on fundamental reforms to teachers’ pay. “The demands on the STRB’s time and resources in the reform process mean that the government has had to make hard decision on the issues it refers.

“In light of the focus of the important referrals above, we have not prioritised revisions to the existing salary sacrifice arrangements. However, the Government will consider whether the issue should be included in future referrals to the STRB.”

Under the scheme, monthly payments for new cars are taken from salaries before tax and national insurance arededucted. Popular options include low emission Ford Fiestas and Nissan Dukes.

“Lots of teachers have to drive to school – most don’t want to work on their doorstep. It’s just weird they are excluded from the scheme, which gives them quantifiable benefits at a time when their pay has been restricted.”

He hoped the clause would be added to the STPCD within the next 12 months.