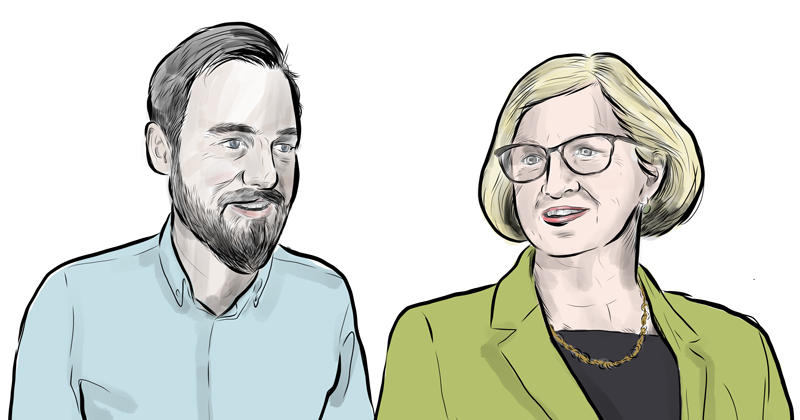 We know schools in leafy suburbs are more likely to be outstanding, and those in deprived areas are less likely to be so. Will the new inspection framework change that?

We want to make sure the new framework rewards schools for doing the right things for children. We’ve acknowledged we’ve been too heavily focused on the data. We need to look at what’s being done and how, not just what comes out at the end of the machine relative to national standards.

It will help us recognise some of the great work schools do that isn’t recognisable already. Conversely, it may also help bring to the surface schools that are getting an easy ride without having to do anything much for it.

Schools have an obligation to provide a broad and balanced curriculum. So what will change with Ofsted’s curriculum plans?

In practice, not much attention has been applied to that requirement in recent years. Curriculum has got squeezed down, and separated from teaching and learning and assessment.

It’s putting curriculum back where it belongs, with the rest of the education core, and putting outcomes into that context.

What will inspectors do if results in a school are good but the curriculum does not make the grade?

Let’s say it’s a primary school that is essentially teaching nothing but English and maths pretty reductively in year 5 and 6 – I don’t think any inspector would be interested in that.

Notwithstanding you’re squeezing some pretty good numbers out, it is not the kind of education any sensible parent would want for their child.

And if results are bad but a school has a good curriculum?

We’re moving to a quality of education judgment, so that outcomes are looked at only in the context of what the school is doing and how it’s doing it.

I can think of situations where the outcomes might still not be spectacular, [and] you could have a great curriculum. One is where a school is moving upwards… where someone has come in and is doing improvement in the right way, not trying to put in the quick fix for year 6 or year 11.

You wouldn’t expect to see anything like as quick an [improvement] trajectory, but if you were an inspector who could see that, and that the school was going for “let’s make sure it’s a really good education”, then you would want to be able to reward that and say: “This is a school doing it the right way.”

Heads are worried about the emergence of a “preferred Ofsted curriculum” when your proposals get translated to inspectors on the ground. How will you guard against that?

One way is by making sure what’s in the framework is justified by research and evidence, and we don’t go beyond that. This isn’t about mine or anyone else’s thinking on “this is what makes a good curriculum”.

We started putting inspector training in for this 18 months ago. We’ve developed phenomenally good training that is very much grounded in research evidence and cognitive science research.

At the end of the day it is a process of human judgment. The right question is not whether it’s perfect in isolation, but whether it gives a better handle than the performance-table data alone.

We should always be working to make the consistency as high as we can between inspectors, but it’s really important to understand if you want the human judgment, and you don’t want it reduced to a mechanistic tick box that destroys the value and that constructive discussion, then you’ve got to accept human judgment is not something with crystalline boundaries.

You believe the curriculum changes will help lessen workload. But if you’re introducing new requirements, won’t that increase workload?

We’ve been signalling pretty clearly the direction, so any school that gets to next September and goes “oh”, I’d be a bit surprised.

The consultation is out in January, with the new framework introduced in September. Is that enough turnaround time for schools?

Absolutely. It’s not as if we’re talking about something that has never existed before; [curriculum] is something that only stopped being a big part of inspection about a decade ago.

We will have done a great deal to iterate and make sure that what’s published in January and the draft handbooks that go out with it – I think the first time they’ve ever been published at that stage – gives people really early notice of essentially the list of things, the taxonomy of questions, that inspectors will have on their minds. We’re giving more time than ever before, not less.

We understand education secretary Damian Hinds isn’t keen on the new framework changes because of concerns over increased workload. What’s the relationship like?

Any new framework gets a lot of discussion. Damian Hinds has told me he completely agrees with our analysis of the present situation in schools, and the framework is very much designed to address the issues we see at the moment.

You’ve said you want “more teeth” to inspect multi-academy trusts, but how equipped is Ofsted to inspect corporate governance in trusts?

We’ve got plenty of people now who have academy trust experience. We’ve certainly got the capacity, and we would bring in more as and when we needed it.

Can’t you test the effectiveness of a MAT by looking at the support it provides schools through batch inspections?

That’s like saying you can find out whether Waitrose has good control on food safety and hygiene just by looking at how many Waitrose customers get food poisoning, or by asking staff in the store how food quality is controlled through the supply chain.

You can’t have the right conversation with a person who is in school if they aren’t making decisions, and don’t understand the considerations that have been weighed up over why it’s being done as it is. Yes, the outcomes look OK, but what you can’t say is this is a robust system that will stand up to the wear and tear over the next few years until we come back again.

It has been well reported how regional schools commissioners stepped on Ofsted inspectors’ toes – for instance, in “shadow inspections”. Would MAT inspection be Ofsted stepping on RSCs’ toes?

Absolutely not. What we provide is the objectivity, and we provide that objective assessment of performance that justifies the actions that RSCs take. The last thing I want to do, having got to a much better place, is to muddy that.