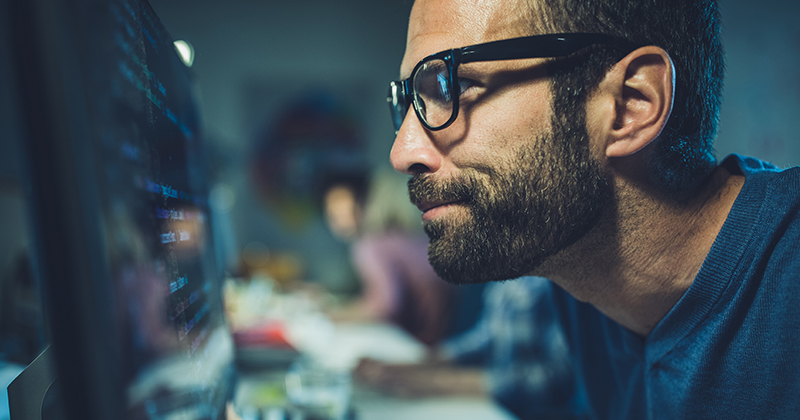 “The DfE is at last emerging from a decade of denial”

A new government edtech strategy has been released, but does it stand up to scrutiny? Tony Parkin isn’t convinced…

Perhaps I should begin by saying that, having spent my career working in supporting and promoting education and information technology for schools, I am naturally delighted when any government sits up and shows an interest in improving edtech. Especially when one of the perpetually present ministers at the Department for Education currently seems to be suspicious of any technology developed after the fountain pen. So we should really welcome the edtech strategy from education secretary Damian Hinds and the DfE with open arms.

However it doesn’t take long after reading the press releases before a reality check kicks in. Ten million pounds may sound like a lot of money in a newspaper headline, but given that there are around 25,000 schools in England, that works out at around £400 per school.

About enough for one laptop each, to replace the serried ranks of ageing tech now found in most schools. (Though my bet is that a lot of that £10 million will find its way into the pockets of other interested parties, rather than those of the schools, so don’t count on getting that laptop!)

A great leap for DfEkind?

Call me old-school, but I seem to remember that we used to think that the core function of education technology was to support learning, alongside the undoubted benefits for teaching and administration? This new, limited view, automating rather than transforming education, maybe a great leap for DfE-kind, but sadly, it’s a leap in the backwards direction. But maybe that’s inevitable when one is relying on Hinds-sight?

Many of the suggestions in the strategy at first glance seem quite laudable.

And indeed, so they should, because they seemed equally laudable when they were part of the DfE’s ‘Harnessing the technology’ strategy more than a decade ago. Who wouldn’t want all schools to have decent infrastructure and an appropriate broadband connection? But you said that last time, folks. This is rather like ‘Harnessing the Technology 2: just when you were afraid we’d never get back into the water’, but with almost all the essential funding required for action surgically removed.

And it is. So good, in fact, that a group of schools along with the SSAT launched just such a project at the end of the last century, called the ICT Register. Which proved so useful that it received DfE financial support for several years, until Michael Gove took office and all such activities were consigned to the Bonfire of the Quangos in 2011.

As we read on, the document includes quite a few such examples of wheels being reinvented, presumably needed to replace all those wheels that came off education technology under the Tories swingeing cuts.

An advisory group on edtech sounds like another great idea. Though it isn’t made clear how the new one is going to improve on the advice offered by the excellent Educational Technology Advisory Group, set up at the DfE’s behest by Prof Stephen Heppell, and then ignored since it published its report in 2016. Though perhaps there were too many actual practitioners, and not enough commercial interests on ETAG to satisfy the current thinking at the DfE?

When the Labour government released their edtech strategy and called it ‘Harnessing the technology’, that harnessing verb, with Victorian overtones of horse-drawn vehicles, came in for some jocular negativity.

The new strategy, from Damian Hinds’ merry band of experts is entitled ‘Realising the potential of technology in education’. Now by ‘realising’, I assume they mean to imply, ‘making real’. But the cynics amongst us could be excused for thinking it may indicate that the current DfE is at last emerging from a decade of denial, and finally ‘realising’ that there actually IS potential in education technology…