With no new funding for schools or young people, the chancellor’s 2017 autumn budget clearly doesn’t have the future in mind, says Paul Whiteman

In the three months since I became NAHT’s General Secretary, I’ve visited many schools and been inspired by the professionalism and hope that I see wherever I go.

The absolute dedication and passion of school leaders and their teams is evident and uppermost.

And yet, this optimism keeps on getting knocked, and today was another one of those days.

Education is the jewel in the crown of this country’s public services. At its best, it shines, and it allows those who work in it and learn within it the chance to shine as well.

But the government’s failure to find any new core funding today means the jewel is at risk of being dulled, and the successes of recent years replaced by uncertainty.

Of course, more money for CPD for A-Level maths teachers is welcome, although what is needed is system-wide investment rather than a piecemeal approach.

Now, it seems, school leaders will also be asked to do the impossible.

It will now be impossible for many schools to avoid making redundancies, to continue to keep class sizes at an acceptable level, and to offer a full and rounded curriculum to all pupils.

It’s therefore impossible to claim that this is a Budget that has the future in mind when it doesn’t contain any new money for schools or young people.

Our “Tell the Chancellor” campaign, which ran alongside other unions and thousands of parents, governors and school staff, was always about the future.

We put education spending on the map. But the government has decided to go in a different direction.

800,000 people heard that message and changed their votes at the General Election. Swiftly after, the Secretary of State agreed with us and agreed to reprioritise £1.3 billion from the DfE budget and redirect to the front line.

We congratulate the Secretary of State for that. But the money is still to be properly identified and no school has yet seen a penny.

Far from investing in education, the government has increased the cost burden on schools by 8.5% by adding extra National Insurance, pension and Apprenticeship Levy obligations. It also has removed £600m from the Education Services Grant. These are the government’s own figures but selectively left out by them in the debate and seemingly the budget deliberations. 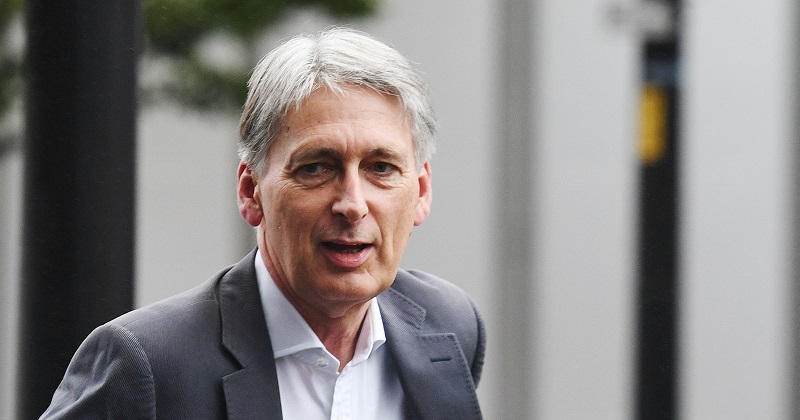 As a profession we care too much about the children in our care to give up providing the very best that we can. The government is seemingly prepared to rely on that dedication, ignoring our calls for full and fair funding in favour of other choices.

In answering, I want to return to where I began.

Professionalism and passion are the watchwords of school leadership.

The poor choices and omissions in today’s Budget don’t change that. In fact, they make them even more important.

The superhuman is acceptable but we need to say no to the impossible.

We need an undertaking that the government will change the destructive high stakes accountability regime that blights our system.

We need to see an end to sterile and expensive debates about structures.

We need to say no to the impossible

We need to see the government taking responsibility for a national strategy for teacher recruitment that recognises teachers as high-status professionals and guarantees enough teachers for every classroom.

On Friday we publish our latest recruitment survey and the picture is worrying.

Pay for teachers must increase. The longer we delay, the harder it will be to meet the recruitment and retention targets of the future.

We need to value a broad range of subjects in the school day so that pupils’ opportunities are not limited and they are properly prepared for adult life.

And we need to make sure that schools are supported by health and social care services, rather than shouldering more and more statutory responsibilities that should really rest with other agencies.

School leaders should be supported to innovate and take risks. To be allowed to get on with the business of teaching.

If the government does that and follows through with better funding at every opportunity they can trust the profession to deliver success.

It is up to the government to bring us back into the realm of the possible.

Paul Whiteman is general secretary of the NAHT