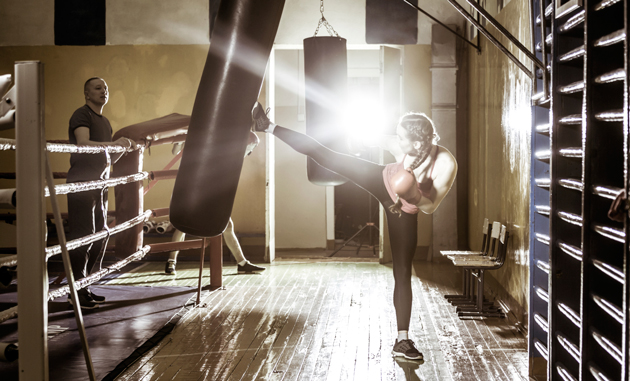 What does the British Olympic boxing team and a successful academy have in common?

Researchers have found that high performance in both can be traced back to similar patterns of behaviour, and that results will follow if a particular series of steps are taken.

The Centre for High Performance, a team of academics from the universities of Oxford and Kingston and the London Business School, analysed the traits of successful academies across the country, as well as other turnarounds – including Olympic boxing and cycling teams. “The findings from the schools are identical to the findings to the British Olympic teams. Boxing did exactly what an academy is doing to turn itself around, as did cycling. These are things we are observing outside education,” says Dr Alex Hill, the centre’s director.

The group exclusively shared their report with Schools Week’s Sophie Scott, who looks at the centre’s recommendations and whether the white paper can address them.

Low-performing schools could turn themselves around by following a series of specific steps, says Alex Hill.

He has boiled down the success of 160 academies to a number of “dos” and “don’ts” and is confident that following the steps will improve academic success.

The two-year project looked at schools that had been in special measures but had turned themselves around over the past five years.

The team analysed data and spoke to leaders, teachers and pupils, then compared each school’s journey to pull together common themes and practices.

The report focused on the findings from two schools from inner cities, two from an urban environment, two from a rural area, and two from a coastal region. All are now rated as good or outstanding, apart from one coastal school that requires improvement.

One method that has already made headlines was reported in Schools Week last Friday.

Dr Hill and his team found high-performing academies were paying other schools to take on their unruly pupils, essentially taking them off the books, in a bid to improve exam results.

“It does lead to fast improvements,” he says. “I wouldn’t say it is the answer to all the problems though and is it the right way to do things? I don’t think so, but it does work.”

“The impact of each step depends on the other actions you have already taken. And the impact you make depends on where you are located, because you have different access to good leaders and resources.”

THE DO’S AND DON’T’S

Start with governance, leadership, structure and behaviour. Schools that focused on improving teaching before structures and leadership did not see results.

Dr Hill says: “In terms of sequencing, you should first improve governance, then leadership, then structures, behaviour and then teaching. People think teachers can fix everything, and they cannot do that without a good environment.”

The government wants to bring in “skilled governors” to oversee multi-academy trusts (MATs). An “excellence in leadership” fund will also be established to give the “best” MATs cash to boost good leadership in struggling areas.

Instead, improve student behaviour and motivation.

Dr Hill says it is “common practice” for schools to take disruptive pupils off their books in a bid to change the profile of the school. “This is not a long-term solution. A better way is to create better pathways within the school so pupils could be managed differently and then reintegrate into the main pathway once behaviour had improved.”

The Department for Education (DfE) has commissioned a “behaviour tsar”. Tom Bennett will produce a report on “how to prevent and tackle classroom disruption” that should provide future teachers with tools to address behavioural issues.

Schools will also be required to keep the grades of excluded pupils in their results under reforms to alternative provision (see page 4).

Dr Hill says zero-tolerance policies have short-term impact and can lead to deeper problems within the student population.

His solution is for schools to become “all-through” – to teach from primary up to secondary with consistent behaviour policies.

“This creates a school-wide culture from a young age and you can make sure bad behaviours don’t start early on.”

The expectation that all schools will be part of MATs could see this kind of structure become more common, creating stronger links between primary and secondary schools, and common behaviour policies.

Chief inspector Sir Michael Wilshaw has also encouraged schools to use this method.

4 – Don’t use a super head focused on GCSE results

Improve all year groups. Dr Hill says: “Super heads do not create the right foundation for sustainable improvement. They focus on year 11 and English and maths, and divert resources there to get better results, and then leave and the rest of the school has been ignored.”

Super heads are not mentioned and there is no incentive to stop focusing on
year 11. The government does say it wants more leadership development training delivered by successful headteachers – through teaching school alliances and MATs – to schools in need of help.

The team found it was much easier to secure rapid improvement in urban schools. Dr Hill points to recruitment problems within rural and coastal schools as one of the main stumbling blocks to improvement.

Teaching schools are not in areas with the highest need. The white paper reveals plans to create 300 more teaching schools, with changes to their selection criteria to help more rural and coastal areas. The government also plans to create “achievement excellence areas” where organisations such as the National Teaching Service and National Leaders of Education will be focused.

6 – Do plan for finances to dip before exam results improve

“Investing more resources in schools does not speed up improvement. It is more important to make the right changes, in the right order,” Dr Hill says. However, when schools spend more on good teachers and leaders, they should expect to not be financially viable.

This seems contrary to the white paper in which the government set out how schools should always be financially viable or face “swift” intervention from the Education Funding Agency. However, it does say the agency is developing an “increasingly differentiated approach” so schools can be “supported without interference”.

Full research findings are available to download from the Centre for High Performance.