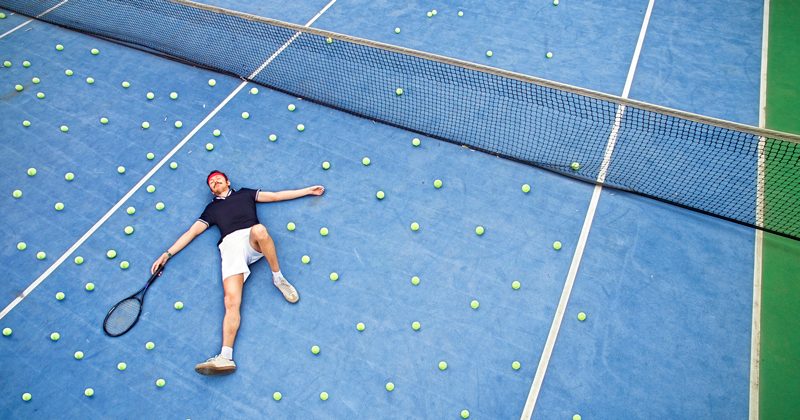 “In the recipe for the ideal student, intelligence is only half the story”

After a century of the selective entrance test, it’s time to call game, set and match, writes Sam Sims

This week sees the climax of two elite competitive events: the French Open and the 11 Plus.

On Sunday, Nadal confirmed his status as the ‘King of Clay’ by winning a record thirteenth French Open. There was no aspect of the game in which he did not excel. His topspin made the ball bounce up rapidly off the clay. His nimble footwork allowed him to cover the long courts at Roland Garros. And his persistence paid dividends during the longer rallies. Nadal is the complete clay court player.

In the 11 Plus, which thousands of pupils sit today, primary school children compete for entry to selective grammar schools. They will slug it out over three sets of questions: English; maths; and ‘reasoning’. The test is designed to objectively determine those with the highest academic potential.

As with the tennis, the prizes on offer in the 11 Plus have changed over the years. Between the wars, examinations at age 11 were used to ration access to free secondary school places. When secondary education was extended to all in 1944, the test was used instead to allocate pupils to more academic (grammar) or less academic (‘modern’) secondary schools.

Likewise, the rules of the 11 Plus game have changed over time. Prior to 1944, headmasters would often decide who to admit based on wide-ranging interviews with pupils, which might cover history, science, or any other range of subjects.

Unsurprisingly, concerns emerged that pupils whose parents couldn’t answer such questions would themselves be disadvantaged. Others worried that the test incentivised “cramming.” In 1938 the Spens report, which laid the foundations for the post-war grammar school system, concluded that modern intelligence testing would be fairer, and should be used instead. Some local education authorities followed their recommendations.

In the decades following the war, the extent of middle class dominance in grammar schools became all too clear. To make matters worse, private tutors began offering preparation for the tests. Repeated attempts were made to ‘class proof’ the 11 Plus by removing any assessment of knowledge. Hence the emphasis on maths, comprehension, and abstract ‘verbal and non-verbal reasoning’ in today’s exam.

No sooner than the shift to intelligence testing began, however, its limitation started to become apparent. As early as 1947, the educationalist Brian Simon noticed the weak correlation between IQ and academic achievement among his own pupils.[1] In the same way that Nadal’s dominance results from a combination of skills and temperament, intelligence seemed to only be one part of what makes for the complete student.

Recently, the psychologist Sophie Von Stumm has identified the other elements. Synthesising data from eleven different studies, she found that the recipe for the ideal student is approximately two parts intelligence (IQ), to one part intellectual curiosity, and one part scholarly diligence.[2] In short, intelligence is only half the story.

This insight was not lost on pre-war Heads. John Paton, High Master of Manchester Grammar School in 1920, defended his admission interviews against accusations of social bias on the grounds that the conversations told him about a pupil’s hunger for knowledge, and ability to apply themselves academically.[3] Paton was also looking for Von Stumm’s other two ingredients of academic potential.

So where does this leave the 11 Plus? At one extreme, we could design it to be a pure intelligence test. This would prevent pupils from highly-educated families gaining an advantage from the knowledge they pick up by osmosis at the dinner table, or the coaching they receive from private tutors.

But this would be a highly incomplete measure of academic potential. It would be like running a version of the French Open in which the players were only allowed to play forehand shots. The tournament would obviously fail to establish the best tennis player. Nadal might struggle to make the quarter finals.

Alternatively, we could include tests of students’ knowledge in a wider range of areas. This would no doubt better reflect their wider reading and studiousness up to that point. But history tells us that this would be socially unfair – like running the French Open with the less wealthy player forced to tie one hand behind their back.

The 11 Plus can either be an accurate measure of academic potential that is unfair. Or a socially fair test that is inaccurate. But it cannot be both. After a century of failed attempts to perfect the formula, perhaps it is time the 11 Plus retired from the game.