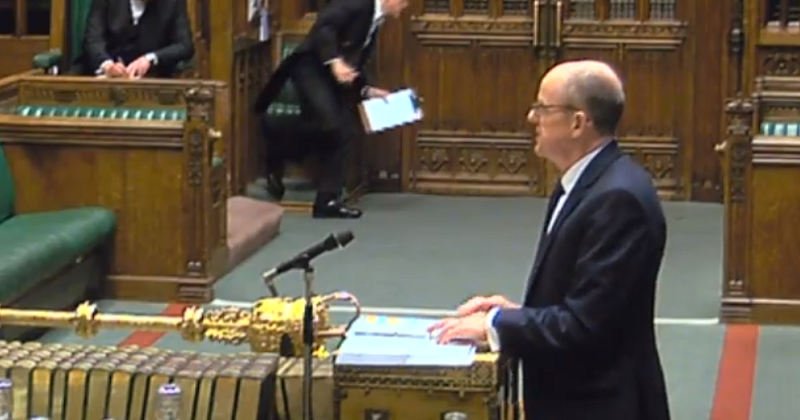 The government will seek “whatever measures necessary” to firm up term-time holiday rules, ministers have vowed after a dad who took his daughter to Disney World won a landmark ruling in the High Court.

Nick Gibb, the schools minister, told the House of Commons this morning that the ruling represented a “significant threat” to improving school attendance, and said the government would do “everything in its power” to ensure heads could keep pupils in school.

Two High Court judges last week ruled that magistrates were right to throw out an attempt to prosecute Jon Platt, who was issued with a fine by Isle of Wight council after taking his seven-year-old daughter to Florida last April.

Platt argued that his daughter’s attendance did not contravene section 444 of the Education Act, which requires that parents ensure their children attend school “regularly”, and judges ruled that magistrates should take into account the “wider picture” of a child’s attendance.

Gibb told MPs today that the government was waiting for the High Court to issue its written judgment, and would announce its next steps “in due course”.

“The house should be assured that we will seek whatever measures necessary to give schools and local authorities the power and clarity to ensure that children attend schools when they should,” he added.

The minister defended the government’s decision in 2013 to amend the 2006 attendance regulations to stop heads being allowed to approve term-time absence of up to ten school days. Absence can now only be authorised in “exceptional circumstances”, but these rules could be amended further in the wake of the ruling.

Gibb said that the change had reduced the proportion of pupil absences that happened as a result of authorised family holidays from more than 5 per cent in the years before 2013 to 2.3 per cent in 2013/14 and 1.2 per cent in 2014/15, and dismissed claims from St Austell and Newquay MP Steve Double that the government’s hard line on absence would hurt tourism in his constituency.

“I do not believe that we should be returning to the Dickensian world where the needs of industry and commerce take precedent over the education of children,” Gibb said.

“I doubt, Mr Speaker, that the Cornish tourist industry will be best pleased by my honourable friend’s assertion that tourism in Cornwall is dependent on truanting children for its survival.”

Nic Dakin, the shadow schools minister, said it was “another week, another crisis” for the Department for Education, adding that ministers needed to “get a grip” and should have seen the ruling coming.

Dakin said a full impact assessment should have been carried out when the regulations were amended in 2013, adding: “All evidence shows that regular attendance at school is crucial to ensuring children fulfil their potential, 100 per cent attendance records should be the ambition of all children, but this problem is of the government’s own making.”

He said the ruling was the “worst of both worlds”, putting parents and heads in a “very difficult position”, and claimed the system in place up until 2012 had been working well “by and large”.

Adding that the issue was also one of social justice, Gibb said it sent a “message to everyone that school attendance is not important” when “parents with the income available to take their children out of school go to Florida”.