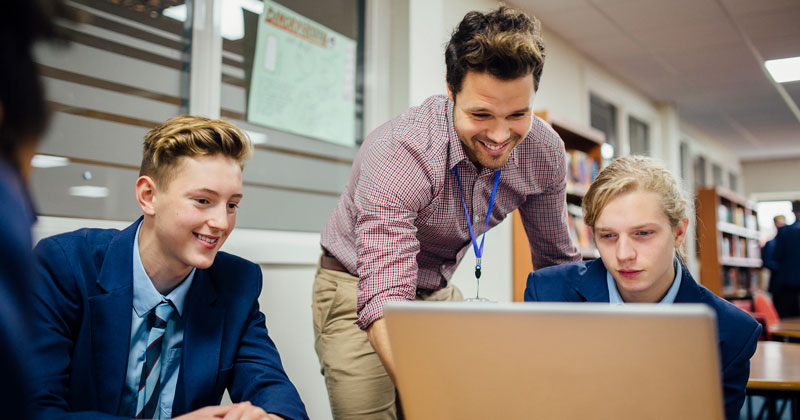 A teaching apprenticeship for graduates is due to be announced this week, Schools Week understands, but it will only be at level six, equivalent to an undergraduate degree.

In January, the Department for Education confirmed that a postgraduate teaching apprenticeship would be available to schools within the next two years.

Speaking at a Public Accounts Committee on schools finances, Jonathan Slater, the department’s permanent secretary, said it was important to put teaching apprenticeship schemes in place as soon as possible.

Schools Week understands the announcement due later this week is for a level six apprenticeship – equivalent to a bachelor’s degree – but entry will be restricted to those who already hold an undergraduate degree. It will be developed in partnership with Initial Teacher Training providers and schools.

The standards provide detailed outlines of what an apprentice will learn on their programme and are uploaded to the government’s site once they have been developed. These are then labelled as “approved for delivery” when ready to use.

“I’m determined that schools have accessible to them a teaching apprentice scheme within the two-year period they get to spend the [apprenticeship levy],” said Slater at the time.

The levy began in April and requires local authorities and large multi-academy trusts to pay a proportion of their income to the government. The money can then be reclaimed against the cost of apprenticeship courses.

Meg Hillier, chair of the committee, was less convinced by the plan, saying that routes into teaching were already complicated and that apprenticeships could make it “mind bogglingly-complicated”. She also said it could give the impression of different “pecking orders” of teachers.

The standards for teaching assistants and for FE and skills teacher have been published, but neither are ready to deliver yet.

No standards have yet been published for an apprenticeship that will lead to becoming a school teacher.

The Department for Education have been approached for comment.

Why schools will need to use the new apprenticeships

This development flew in the face of a number of schools that had expressed concerns about the affordability of paying the levy.

There were also concerns about the “practical difficulties” of employing apprentices given no routes were available for teaching staff who make up the greatest proportion of school employees.

In July, Schools Week reported that ministers were pressing ahead with proposals for an apprenticeship that would allow non-graduate teaching assistants to become qualified teachers. However, access to conventional teacher training would still be restricted to those with university degrees.

Anne Milton, the minister for apprenticeships and skills, said the government was “developing an appropriate degree apprenticeship” that would allow TAs and others to “upskill” and become teachers.

Milton said the new route, which will run alongside the postgraduate apprenticeship for teachers that is expected to open in 2018, would protect the “professional status of teaching”, despite fears that opening teacher training up to non-graduates could lower the status of the profession.

Last year, Schools Week revealed that a group of schools was planning “an entirely vocational pathway” to qualified teacher status, and had sought the backing of government for its new apprenticeship.