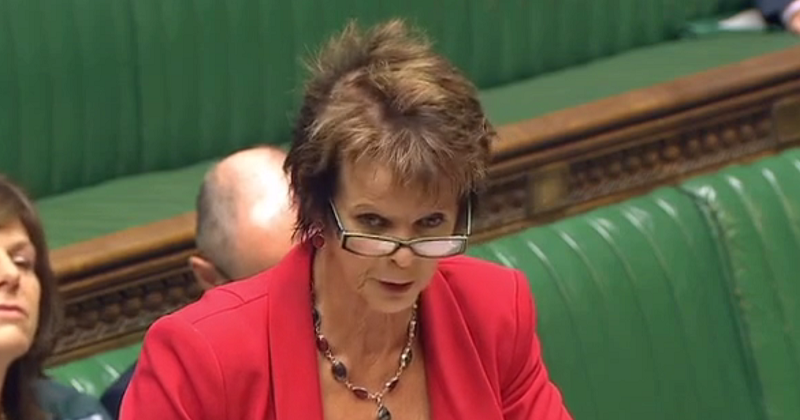 Ministers are pressing ahead with proposals for an apprenticeship that would allow non-graduate teaching assistants to become qualified teachers, even though access to conventional teacher training would still be restricted to those with university degrees.

Anne Milton (pictured), the minister for skills, has confirmed that the government is “developing an appropriate degree apprenticeship” that will allow TAs and others to “upskill” and become teachers.

Her comments end the uncertainty around whether the apprenticeship would get the go-ahead; it had been seen as going against a separate pledge the government made about teachers all requiring university degrees.

Milton says the new route, which will run alongside a separate postgraduate apprenticeship for teachers that’s currently slated to open in 2018, will protect the “professional status of teaching”, despite fears that opening teacher training up to non-graduates could lower the status of the profession.

The Conservative Party pledged in its manifesto that it would ensure TAs are able to “become qualified teachers via a degree apprenticeship route”, a move which would give schools access to funding from the apprenticeship levy to train them up to level six, equivalent to a bachelor’s degree.

At present, the highest level a TA can reach through an apprenticeship is level three, equivalent to A-level.

Critics claim the proposal threatens the graduate-only status of the profession and could expose trainees to poorer working conditions and pay.

Mary Bousted, the general secretary of the Association of Teachers and Lecturers, said in April that she was “extremely concerned” about plans for teaching apprenticeships and demanded union involvement in their development to ensure they are not “exploited” by cash-strapped schools.

In February, shadow schools minister and former primary teacher Mike Kane accused the government of “trying to downgrade what being a teacher is” and argued there are already “too many tracks” into teaching.

“It’s not a craft, it’s not an apprenticeship,” he told Schools Week.

Justine Greening, the education secretary, has also spoken of the need to keep a “high bar to entry” to the profession.

She said last year that passionate teaching “deserves all the hallmarks of other professions”, and has spoken repeatedly since her appointment last July about the need to get the “best graduates” coming into teaching.

However, Sir Andrew Carter, an adviser to the government on teacher training, says an apprenticeship route to QTS for non-graduates would be “fine” as long as those trainees gain a degree or degree-equivalent during the training.

But he said the new route would only be acceptable if it “maintains the high-quality level of training” offered through other routes, and said he would only oppose such an apprenticeship “if there was in some way a watering-down of the quality of the training”.

In May, Carter insisted that non-graduate TAs would still need a “formal degree” to access a teaching apprenticeship, and that no other qualification, not even one equivalent to a degree, would suffice.

However, although Carter still insists it is “vital” that teachers have a degree once they have finished their training, he says he is now open to the idea of a teaching apprenticeship available to non-graduates.

“What I would be saying is whether teachers should have a degree would be what we would consider the vital bit,” he told Schools Week.

“You’ve got to remember that everything changes. 20 years ago we wouldn’t have had schools involved in teacher training, and it may be that in the future that this may not be an either/or.”

Carter added that such an apprenticeship would offer “an option for people who don’t have a degree already”.