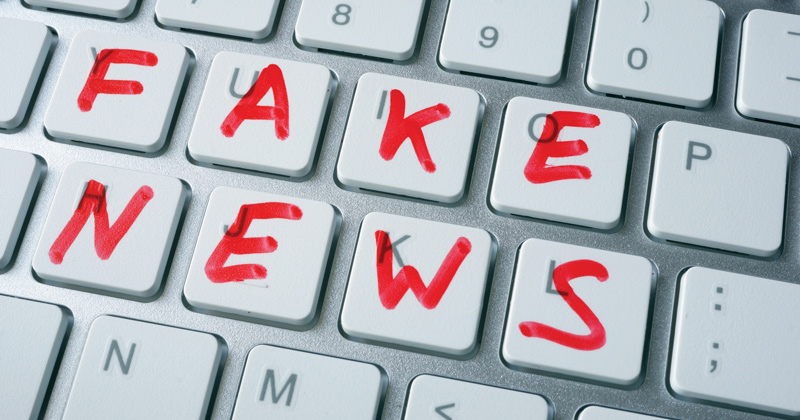 A report into the ability of children to identify so-called “fake news” wants teachers to get more training, resources and time to help tackle pupils’ “dangerous lack” of critical literacy skills.

The study, which warned that just two per cent of pupils have the skills to understand whether a news story is false, revealed that half of teachers (53.5 per cent) do not believe the national curriculum equips children with the necessary literacy skills to identify fake news, and a third (35.2 per cent) feel the skills pupils are taught are not transferable to the real world.

The report from ‘the commission on fake news and the teaching of critical literacy in skills’, compiled by the National Literacy Trust, argues that “close links exist between an individual’s literacy skills and their ability to engage with democracy as an active and informed citizen”.

However, just half of teachers surveyed explicitly teach critical literacy, and 29 per cent of those who teach it do so very often.

According to the report, an “updated framing of literacy skills, and indeed critical literacy skills, that reflects the changing digital landscape is now required”, with emphasis on core skills including reading, writing, speaking and listening, as well as comprehension and inference. However, this needs to come from the government, and can’t be achieved without extra training, time and resources for teachers.

60 per cent of teachers said fake news is having a harmful effect on pupils, increasing their fears, causing confusion and mistrust, and allowing “skewed or exaggerated views” to spread.

Nick Brook, the deputy general secretary of the National Association of Head Teachers, warned that the “rigidity of the curriculum and testing regime” and “high-stakes accountability” hinder the ability of schools to teach the necessary skills to young people.

Jonathan Douglas, director of the National Literacy Trust, said the report uncovered a “dangerous lack in the literacy skills” required to “navigate our digital world and identify fake news” that risks “damaging young people’s democratic futures, along with the wellbeing of an entire generation”.