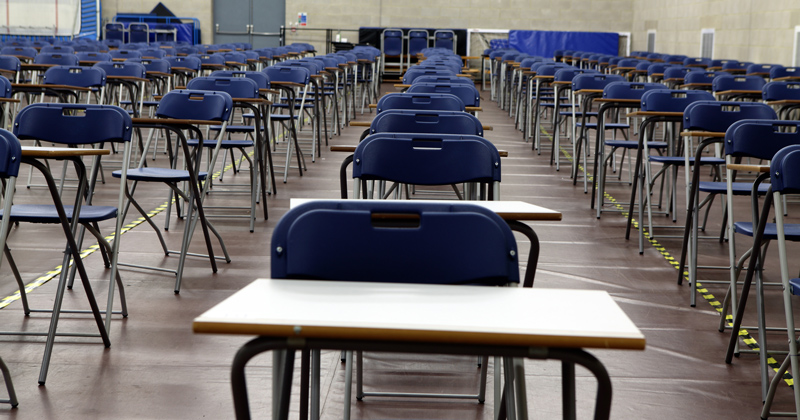 An awards scheme for examiners should be created to entice more teachers to take on the “unattractive” job, a veteran examiner has suggested.

Roger Murphy, an emeritus professor at the University of Nottingham, has been an examiner for about 40 years, but says the role is more bother than it is worth.

He said as a result exam boards were struggling to recruit enough teachers for a job once seen as “very appealing”.

“Having been involved in exams for a long time I see now that most of what you read about examiners and marking is very negative,” he said. “You always hear about the cases where you get it wrong or a school gets bad results.”

He suggested that incentives should be introduced. “A real upbeat approach would be to have some sort of awards and prizes for people who are very good.

“Being able to assess pupil work and tell them how they are doing against a recognised standard is a vital bit of the job and one that doesn’t get as much recognition as it should.”

But Murphy said boards only reached recruitment numbers because they outsourced some marking to student teachers or people outside the profession who did not have the necessary expertise.

Velda Elliott, an associate professor of English at the University of Oxford, agreed and said that when teachers and academic examiners hit a higher tax bracket the incentive of extra pay was “not worth it”.

Examiners, on average, earn about £1,000 a year before tax. A-level marking pays the best at £5 a script while examiners mark “more for less” for other qualifications such as GCSEs.

“Being an examiner is very appealing as a young teacher because you get extra money,” Elliott said. “But when I became an academic and hit the 40 per cent tax bracket, I stopped marking because it makes you a lot less tolerant of any issues that come with it.”

Murphy also said the rise of academies had made examining “unattractive”.

“Some heads of academies are not encouraging their staff to do examining and they’re saying it is a low priority.”

Elliott agreed and said schools needed extra incentives to allow their teachers to be examiners, as some saw it as “taking time away from what they are being paid to do”.