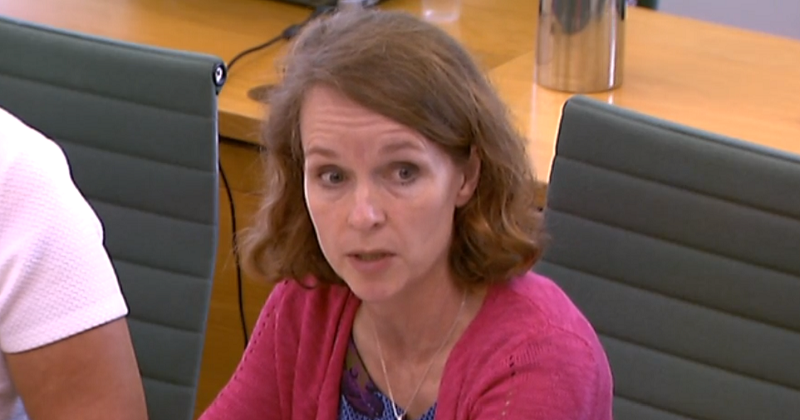 Teachers are “victim-blaming” pupils and often dismiss sexual harassment as “horseplay” because they lack the training and skills necessary to identify problems, MPs have been told.

The House of Commons women and equalities committee heard this morning from six witnesses at the first hearing of its inquiry into sexual harassment and violence in schools.

During the session, the emphasis was on sex and relationships education and the ability of teachers to tackle sexual bullying.

MPs were told that teachers often struggled to access training, both in and outside school, and heard calls for sexism to be included in initial teacher training.

Susie McDonald, chief executive of the healthy relationships charity Tender, said schools with tight budgets would find it increasingly difficult to “prioritise engaging with external organisations” to give teachers the “confidence and skills” to address problems in their schools.

“Many teachers are victim-blaming at the moment,” she said.

“They’re looking at sexual harassment as horseplay or something that’s just going on in the corridors. They’re not recognising [it] is a problem and until they are effectively trained to understand what’s at the root of the issue, they are not going to be able to make the right judgments about how they can deliver training and education within their schools.”

The inquiry was launched after figures published last September showed 5,500 sexual offences were recorded in UK schools over a three year period, including 600 rapes.

In 2010, YouGov polled 16 to 18-year-olds and found that 29 per cent of girls experienced “unwanted sexual touching” at school while 71 per cent said they heard “sexual name-calling” towards girls at least a few times a week.

Sophie Bennett, co-director of the UK Feminista campaign organisation, said that while sex and relationships education was important, it wasn’t a “silver bullet” and needed to form part of a “package of measures” including a whole-school approach and training for teachers.

Bennett said sexism should form a “core and compulsory part of initial teacher training”, but warned it was important to see issues such as sexting as problems with sexism, not with technology.

Marai Larasi, from the feminist organisation Imkaan, said it was important to recognise the role technology played in young people’s lives and not just tell them to turn off their phones.

It comes after the Association of Teachers and Lecturers passed a motion at its annual conference calling for an official definition of sexist bullying to be published by the organisation, and for resources and continued professional development to be made available to teachers to deal with the problem.

Mary Bousted, the union’s general secretary, said at the time that schools should be teaching all pupils about rhetoric and “speaking out”, to ease pressure on girls to be compliant in class.

She warned that girls were subjected to sexist bullying in schools and the issue “doesn’t get talked about”, with girls facing pressure to choose between being “brainy” and “feminine”.