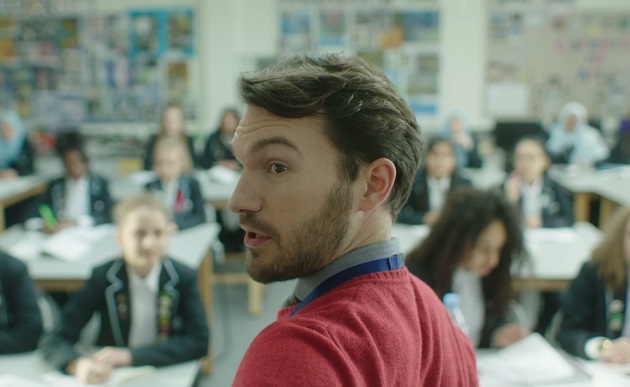 The charity, which in 2015 drew one fifth of its cohort from among young professionals working in other sectors, wants to increase the number jumping ship and opting to become teachers.

The advert juxtaposes two parallel lives of the same male character, with his teaching career in one life bringing him joy and his nondescript office job in the other appearing quite drab.

The video will run across a variety of media, and will be accompanied by events across major English cities.

In recent months, the chief inspector Sir Michael Wilshaw revealed how a third of schools in disadvantaged areas are struggling to hire teachers, and schools are increasingly offering lucrative financial incentives to recruit new staff.

Mr Westhead said: “There are generations of talented leaders in office blocks, in police stations, in law chambers or even on football pitches, who could potentially start an application today that becomes part of a solution to current challenges.”

The charity also pointed to data published by the Social Mobility Commission and National Audit Office which shows that just 15 per cent of teachers would look for “a future role at a school more challenging than their own”.

It shows that 54 per cent of school leaders in less affluent areas said the struggle to attract good teachers was a “major barrier to improving pupils’ performance”, compared with just 33 per cent of those in more affluent areas .

A recent Schools Week investigation also found that teachers with the highest qualifications flock to schools with the easiest conditions, rather than working in the challenging schools targeted by Teach First.

Anyone interested in the campaign can find more information online here.