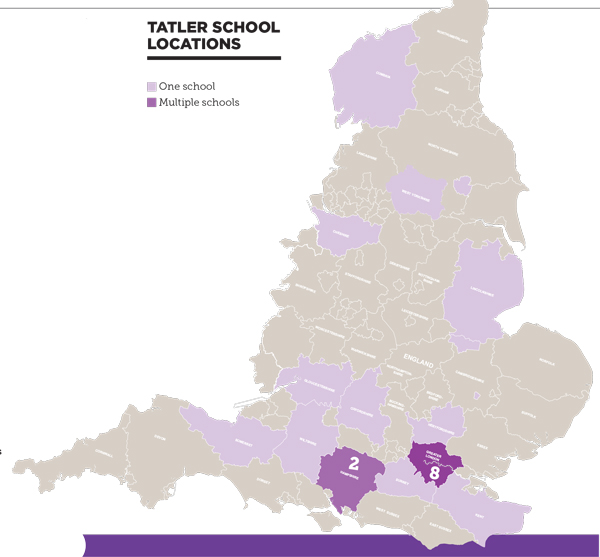 Northern schools have once again been ignored in a society magazine’s list of “best state schools”.

Since 2014, Tatler has published a guide based on researchers’ visits to schools.

Its list last year contained just five schools in the north, with the largest cluster in London.

This year’s list of 32 schools includes three from Scotland and just four in the north – in Cumbria, York, West Yorkshire and Cheshire.

Again, eight schools are in London and the rest predominantly in areas surrounding the capital such as Kent, Surrey, Berkshire and Hampshire.

SCHOOLS NorthEast director Mike Parker is not concerned. “This publication [Tatler] is about as relevant to the schools and people of the north east as eastern Mongolia.

“I don’t think schools care much about it. If it were a government publication, they would be more interested but I don’t expect Tatler has much of a readership around here.”

In a letter it requested £120 from prospective parents of sixth-form students, despite admission rules forbidding it. Parents also claimed they were asked for money towards the school fund when their children joined year 7.

The school later “apologised for any confusion” and withdrew the letters.

Among the secondary schools listed, a number are boarding or grammar schools. Beechen Cliff in Bath offers pupils the chance to use a shooting range once a week as an extra-curricular activity, and Sexey’s school Somerset, a boarding school, offers horse riding, with many pupils taking part in jumping competitions. Pupils at Bohunt in Hampshire can join a yoga class once a week before school.

Newspapers such as The Telegraph have pointed out the cost of living in the catchment areas of top state schools could “cost as much as privately educating a child” and that property prices in some areas of the listed schools were at a 130 per cent premium.