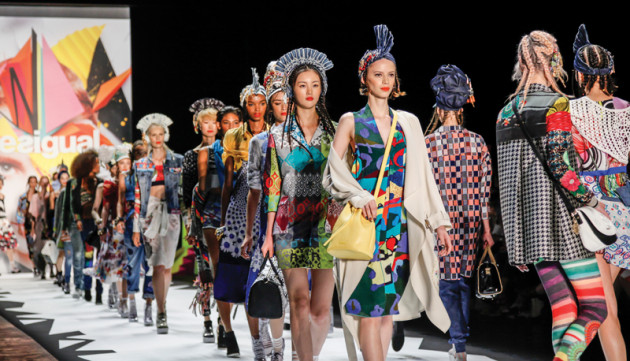 An exam board has unveiled plans for a new A-level in fashion in the face of the government’s push towards “rigorous” qualifications.

In 2014, Ofqual, the exams watchdog, said “soft” GCSEs and A-levels such as applied art and design would be scrapped, while others, including media studies, would be dramatically toughened.

Last year, Nicky Morgan, the education secretary, announced new content for “more rigorous and demanding” arts GCSEs and A-levels in a bid to “raise the quality of arts education”.

However Ben Galvin, AQA qualifications developer, said he was “confident” its new A-level in fashion would meet the government’s demands for rigour as it had “more explicit” links to maths and science.

“There has been more of a drive from the government at GCSE to make them more rigorous rather than at A-level.

“But what has happened specifically in this subject area is the introduction of the link to maths and science, which we have applied to the wider fashion and textiles/design and technology subject content.”

He said students would learn equations to calculate material required for a design, which is “a thing that you would expect fashion designers to be doing in the real world”.

The new A-level replaces AQA’s long-standing design and technology textiles course, which is currently part of the product design A-level.

But it could run into trouble as the government continues to struggle with a serious shortage of design and technology teachers.

So far this year, none of the teacher training routes for the subject have recruited more than 50 per cent of their targets.

And only 526 people started training as design and technology teachers last September – less than half the government’s target of 1,279 trainees.

But Galvin said the teacher shortage in design and technology was not something AQA had “necessarily anticipated” as a problem for the A-level in fashion.

“The teacher shortage goes across subjects but it is not something that has played a part in the development of this particular specification.

“We are confident that it won’t be a problem for us.”

Content for the A-level includes reviewing the work of designers such as Chanel, Dior, and Vivienne Westwood.

An AQA spokesperson also said it would cover the “major historical design styles and movements” as well as socio-economic influences on fashion such as the role of women in society and the Second World War.

He added that the creative industries, including fashion, is one of the major growth sectors of the UK economy and “therefore encouraging students to pursue careers in this area is positive”.

Green also said that the A-level in fashion is “far from being what might be perceived as a ‘soft’ subject”.

The plans for the new A-level, which will be available to teach from September 2017, are being submitted to Ofqual for accreditation.

Galvin said he was “confident” that it is a “high-quality” qualification which will meet students’ and teachers’ needs while satisfying Ofqual’s requirements.

He added: “We will of course seek to get accreditation as quickly as possible, and look forward to working with Ofqual to achieve this.”

An Ofqual spokesperson said the watchdog will “consider the specification once it has been submitted to us”.