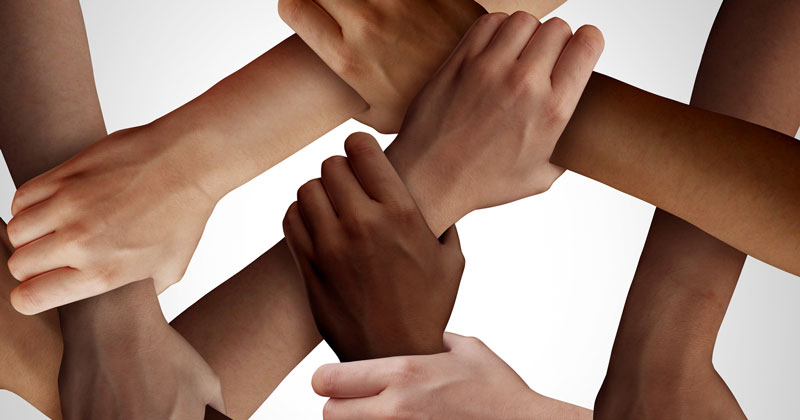 “Starting these conversations may not be easy, but it is necessary”

The Institute of Race Relations’ recent paper shows why we can’t let up on the fight against racism in education, writes Dr Heather McClue

The summer’s Black Lives Matter protests in the wake the death of George Floyd in United States’ police custody created a unique moment in my 30 years’ experience, when calls to decolonise the curriculum moved from the periphery of educational discourse to its centre. The Black community continues to fight for justice for its children in the face a widening achievement gap and increasing school exclusion rates, but this term seems to have played host to a concerted pushback against this progressive wave.

New (non-statutory) guidance on sex and relationships education warned of “promoting divisive or victim narratives that are harmful to British society”. A “campaign for common sense” echoed and amplified warnings from exchequer secretary and equalities minister Kemi Badenoch about the risk of breaking the law by teaching critical race theory ̶ “an ideology that sees my blackness as victimhood and their whiteness as oppression”, as she put it to parliament. Writing later, she argued anti-racism was “creating a prison for Black people”.

It was therefore with great interest that I read the report by Jessica Perera, published amid this pushback and to much less fanfare, that crystallises the plight of many Black male youths in the English education system. “From the 1980s onwards,” she writes, “the State has engaged in an ideological onslaught on the black radical tradition and its vision of a democratic, anti-racist and culturally inclusive education.” Indeed.

Alternative education provision has developed at a similar rate to academisation

The report discusses the implications of the academisation programme and the growth of alternative educational provision, or what she calls “the PRU-to-prison pipeline”. When the academies programme was expanded from 2010, a rise in the exclusion rate was actually anticipated as schools were given more autonomy. Alternative education provision has, predictably then, developed at a similar rate to academisation, and the pupil referral unit has become a first step on the trajectory to criminalising young people – disproportionately Black ones – following exclusion from mainstream school.

Perera limits her analysis to the plight of working-class Black youth, but Black under-achievement is classless. Black youths continue to academically under-achieve in the English school system at an alarming rate. Part of the problem, she argues, is that Black students are largely viewed as a homogeneous group by a predominantly white teaching profession. However uncomfortable, these arguments are not new. They echo those raised by Bernard Coard, whose seminal work turns 50 next year. The issues remain disconcertingly similar.

Numerous calls for the mandatory inclusion of Black history will go some way to addressing the current knowledge deficit and inequality that exists in the curriculum and education system. However, Black history alone – especially not in the form of a standalone Black History Month – will not eradicate racism from the educational landscape. To make real inroads, decolonisation must start with initial teacher education (ITE) and continuous professional development (CPD).

The teachers’ standards call on teachers to “have a secure understanding of how a range of factors can inhibit pupils’ ability to learn, and how best to overcome these”. As outlined in Perera’s report, to avoid unconsciously criminalising or stigmatising Black students, teachers can and should inform themselves about the lives of the Black students they teach, the communities they are from and ultimately the issues they face daily.

But just as there is no homogeneous group of Black students, there is no single correct way to meet that standard. Beyond blind compliance then, teachers and students alike need safe spaces to discuss issues of race in education and wider society and co-construct local strategies to transform their institutions. Edge Hill University’s Institute for Social Responsibility provides helpful research and tools to support this approach.

Starting these conversations may not be easy, but it is necessary. Among many excellent starting points, “White Privilege: Unpacking the Invisible Knapsack” stands out. As its author, Peggy McIntosh writes: “To redesign social systems we need first to acknowledge their colossal unseen dimensions.”

Until teachers confront the unseen dimensions of race in English education, we are not so much “creating a prison for Black people” as perpetuating the free-flowing pipeline to it.